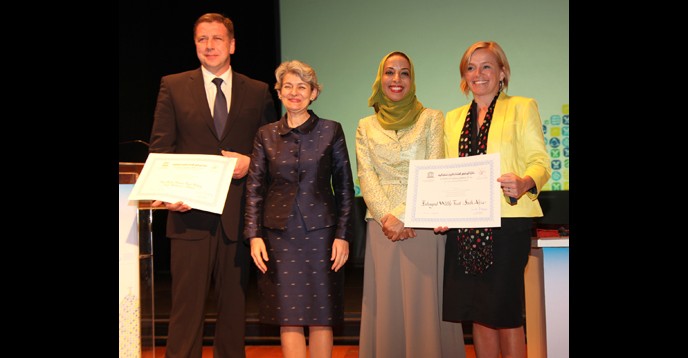 The UNESCO Sultant Qaboos Prize for Environmental Preservation is awarded every second year for oustanding contributins by individuals, groups of individuals, institues or organizations in the field of environmental preservation. The prize consists of a diploma and a financial reward of US dollar 70,000, donated graciously by His Majesty Sultan Qaboos Bin Said of Oman.

Nominations for the Prize can only be made by UNESCO Members States and by International Organizations or by Non-Governmental Organizations which have consultative status with UNESCO, each of which may make only one nomination.

However other interested NGOs, as well as research institutions, universities and individuals, are not eligible to make nominations directly to UNESCO. Therefore, such bodies and individuals are invited to propose their candidate to their country National Commission for UNESCO, which may or may not select it as its formal candidature.

Candidatures should be prepared in English or French. The deadline for submitting nominations for the 2015 Prize is 15 June 2015.