Call for contributions to consultation on strengthening journalists’ safety 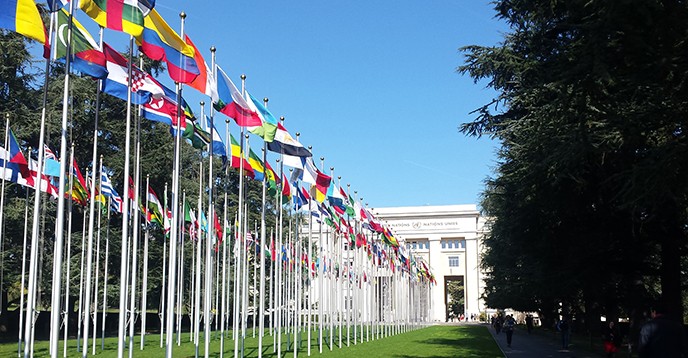 Member States, media, academics and civil society are invited to send in information ahead of a meeting on protecting journalists on 29 June at the Palais des Nations in Geneva.

Organized by UNESCO and OHCHR, the event is titled the “Multi-stakeholder Consultation on Strengthening the United Nations Plan of Action on the Safety of Journalists and the Issue of Impunity” (UN Plan).

All actors interested in the UN Plan are invited to send their contributions to reflect on key challenges, lessons learnt and the way forward to foster safety of journalists and ending impunity. These contributions will feed into a draft outcome document that will be discussed during the meeting.

Member States in particular are encouraged to send their contributions setting out their previous activities and proposing ways forward to strengthen implementation of the UN Plan.

The UN Plan was originally elaborated consultatively over a two year period and provides a comprehensive, coherent, and action-oriented UN-wide approach to the safety of journalists and the issue of impunity.

Since its launch, it has become a guiding framework for activities in this area. Following its endorsement by the UN Chief Executives Board for Coordination in 2012, the UN Plan of Action has been recognized by UNESCO’s Executive Board and welcomed by the United Nations General Assembly and the Human Rights Council.

UNESCO has provided leadership to the UN Plan, and worked with actors outside the UN, including media, civil society, academic and various regional bodies to foster a spirit of co-operation within this framework.

Representatives from all key stakeholders, including UN agencies, Member States, civil society, governmental actors, academia and media houses, will gather in Geneva to examine recent developments and to identify key priorities and give new impetus to the UN Plan.

The meeting is intended as an opportunity to combine inputs and help to prioritize further strides toward securing safety of journalists and an end to impunity, in both conflict and non-conflict situations.

The contributions of the Member States will be an essential resource in preparing the draft outcome document for the multi-stakeholder consultation on 29 June in Geneva.

UNESCO has created a template for interested parties to structure their contribution (maximum of four pages). The deadline for submissions is 8 May 2017, and these should be sent to M.Benchelah@unesco.org