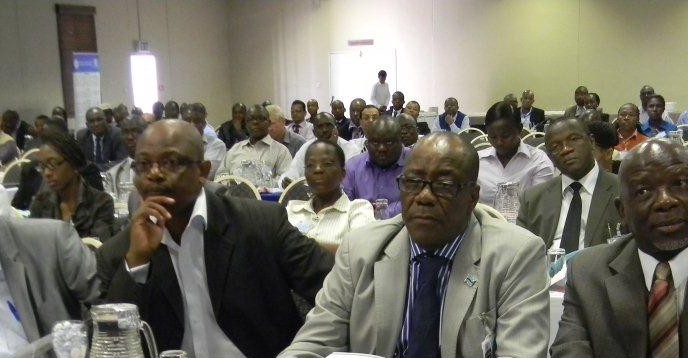 The Botswanan Daily News reported the Minister as telling the gathering that research, development and innovation were critical in creating and sustaining the country’s competitive advantage. ‘The three factors [were] also crucial to economic growth, job creation and improving the quality of life.’The Minister expressed regret, the Daily News reported, ‘that the agricultural sector had recorded a decline in its contribution to the country’s GDP from 3% to 1.7%. The Minister went on to explain this decline as being ‘mainly due to environmental challenges and the low adoption of technologies.’

Representing UNESCO at the launch was Shamila Nair-Bedouelle from UNESCO’s Division for Science Policy and Capacity-Building. UNESCO had been providing the government with active support in revising its 1998 Science and Technology Policy for the past three years, at the government’s request.

This process had culminated in a national stakeholders’ workshop organized by UNESCO in Gaborone from 14 to 16 February 2011 with joint funding from UNESCO and the Government of Spain. At the workshop, the government presented the country’s national status report on science and technology, the draft national policy on research, science, technology and innovation, as well as an action plan for implementation.

Following the workshop, the revised policy had been submitted to the President's Cabinet for approval. In parallel, UNESCO had identified an international expert at the request of Botswana to advise and work with the government in preparing the terms of reference, governance structures and monitoring and evaluation benchmarks for the action plan.

Both the policy and action plan were approved by the President’s Cabinet on 7 September this year. The policy is now scheduled to be submitted to Parliament in November with a view to its adoption.

Ministry of Infrastructure, Science and Technology of Botswana