Arusha meeting calls for judicial accountability for crimes against journalists 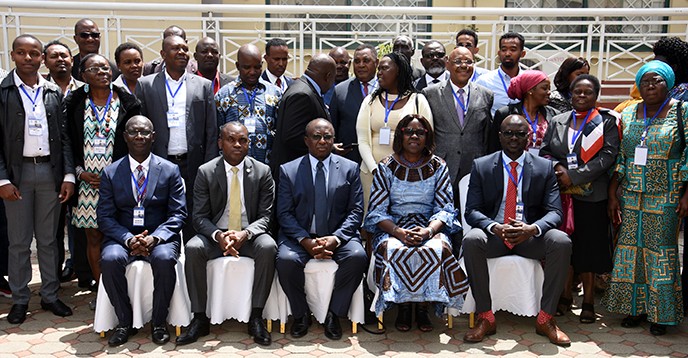 The regional meeting on strengthening national mechanisms for safety of journalists in Eastern Africa ended with a call to pursue full judicial accountability for crimes against journalists by mobilizing regional political and judicial mechanisms to address the problem of impunity. The meeting that drew participants from Ethiopia, Kenya, Madagascar, Rwanda, Somalia, Somaliland, Puntland, South Sudan, Tanzania, Uganda coincided with the celebration of the International Day to End Impunity for Crimes against Journalists, and took place at the Gold Crest Hotel, Arusha, Tanzania from 2-3 November 2018. It was organized by UNESCO Regional Office for Eastern Africa, in conjunction with the UNESCO Dar es Salaam office.

The purpose of the meeting was to take stock of the establishment of national mechanisms for the safety of journalists in the Eastern African region, share experiences and good practices, and forge strategic partnerships with regional political and judicial bodies in the protection of journalists and the fight against impunity. Various human rights reports have highlighted the receding space for freedom of expression and the increasing threats to journalists and media workers in the region. For example, according to Article 19, a freedom of expression lobby group, there have been various form of violations of media freedom in Burundi, Kenya, Tanzania and Uganda between 2015 -2018, with many of these cases remaining unpunished.

The meeting was officially opened by the Minister of Information, Culture, Arts and Sports of the Republic of Tanzania, Hon Harrison Mwakyembe. The official opening was also attended by the President of the African Court of Human and Peoples Rights, Hon. Justice Sylvain Ore, the president of the ECOWAS Court of Justice, Hon. Justice Edward Asante, a Member of the East African Legislative Assembly, Hon George Odongo, and the UNESCO Regional Director for Eastern Africa, Ms Ann Therese Ndong-Jatta.

In his opening speech, Hon Mwakyembe emphasized the commitment of the Tanzanian government to tackling threats against journalists. “Tanzania is ready to cooperate with UNESCO, within the RECs and in the country to tackle any negative elements that threaten the survival of our journalists and media workers, both offline and online,” he said.

On her part, UNESCO Regional Director for Eastern Africa, Ms Ann Therese Ndong-Jatta stated that no crime against journalists should go unpunished, and called for special protection for female journalists. “Female journalists are all the more often at greater risk of being targeted not only for their reporting but also because of their gender through the threat of sexual violence”, she stated.

The project received the support of Denmark and the Open Society Foundations, with a technical contribution from Norway.