Aid to education reached all time high in 2016 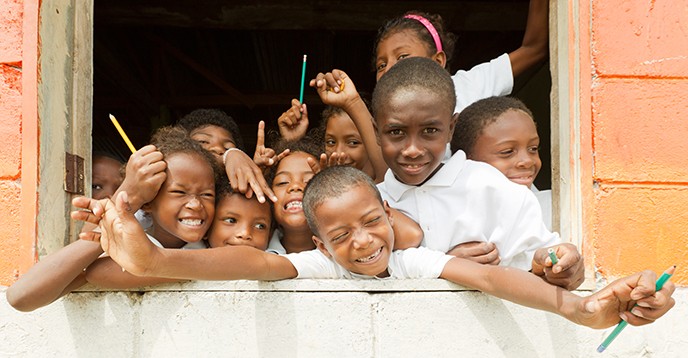 Addressing some 60 Ministers of Education at the Ministerial Conference of the European Higher Education Area (EHEA) in Paris on 24 May, UNESCO Director-General Audrey Azoulay, announced the findings saying that, “the increase is a positive sign that education is increasingly recognized by donors as a cornerstone of development. The ambitious Sustainable Development Agenda’Goal 4 (SDG 4) encompassing all levels of education cannot be achieved without increased external and domestic funding for education.”

The paper, Aid to education: a return to growth?, illustrates that two-thirds of the 2016 increase targeted basic education. The USA, UK and World Bank, the three largest single donors, accounted for almost half of aid funding to basic education. By contrast, in terms of the share of gross national income (GNI) allocated as aid for basic education, Norway spent 12 times more than the United States.

The latest data shows that fewer than one in two young people graduate from secondary school. If all developed countries and some emerging economies committed, like Norway, to allocate 0.7% of their national income to aid and 10% of their aid portfolio to education, there would be enough resources to ensure universal completion of secondary education.

GEM Report Director Manos Antoninis argues that priorities need to be reviewed: “Donors need to focus further on basic and secondary education, as well as on the poorest countries, to fill the funding gap that is undermining progress in global education. However,” he cautions, “this will not solve the considerable educational challenges facing lower middle-income countries.”

It is necessary to reduce the cost of borrowing for education and to expand the lending capacity of development banks, the policy paper argues. This is the crux of a proposal supported by UN Secretary-General,Antonio Guterres and UN Special Envoy for Global Education Gordon Brown to establish an International Financing Facility for Education (IFFEd), to serve lower-middle-income countries.

The GEM Report paper illustrates that while the IFFEd would be an important mechanism, a lot more needs to be done to ensure that resources are spent where most needed. It is also crucial that the new financing facility operate in conjunction with the other multilateral institutions, the Global Partnership for Education (GPE), which targets low-income countries, and Education Cannot Wait (ECW), which focuses on education in emergencies.

The full report can be downloaded here