After COP25: What now for ocean, climate and biodiversity? An interview with Vladimir Ryabinin 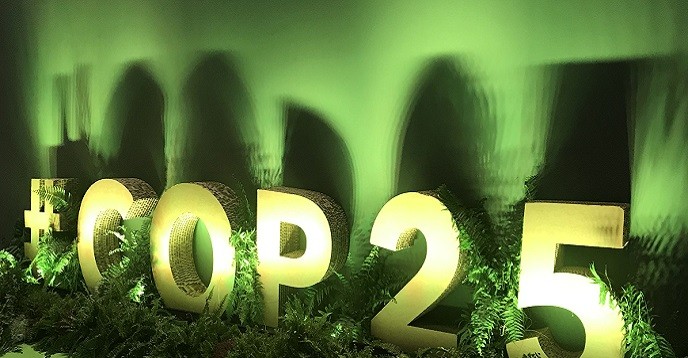 Paris, 19 of December - As the world digests the outcomes of the UN Madrid climate negotiations, our Executive Secretary Vladimir Ryabinin talks about the challenge ahead for getting it right for the ocean in the face of climate change and massive loss of biodiversity.

Why should we be worried about the ocean in the context of the climate and biodiversity crises?

The ocean is a key regulator of climate change. It has absorbed more than 90% of the excess heat generated by humans (because of the release of greenhouse gases) since the industrial era. It has also absorbed approximately 28% of the carbon dioxide released into the atmosphere, making it the planet’s chief climate mitigation tool.

But all this heat and all this carbon dioxide have taken their toll on the ocean, and it is now more acidic than ever. The ocean is now not only losing marine biodiversity, but also less able to play its role of mitigating climate change.

Preventing a worsening of the situation and recovering the ocean’s health is what many negotiators and civil society keep trying to bring to the UN climate negotiations.

How do we know what is happening to the ocean, and how can we be sure of the interlinkages with climate change?

This is where we come to the work of UNESCO’s Intergovernmental Oceanographic Commission (IOC).  We help countries and scientists around the world work together to measure important indicators of ocean health, through a wide array of instruments deployed the coasts and high seas. This includes ocean heat, continuously measured by approximately 4,000 Argo buoys drifting across all ocean regions; ocean acidification, which is actually one of the indicators of progress for the UN Sustainable Development Goal 14 (target 14.3); and ocean deoxygenation, the loss of oxygen to levels so critical that marine life can no longer sustain itself.

This is how IOC is very instrumental in informing and even driving, at times, global climate and ocean policy. A clear example of our impact is the fact that ocean observations, in large part collected via our Global Ocean Observing System, helped to explain just how important the ocean was to climate mitigation. Ocean heat content data indicated, for example, why global warming temporarily slowed down before 2015 was that the heat was being stored into the deeper layers of the ocean. This knowledge was instrumental in putting the 2015 climate negotiations back on track for the successful Paris Agreement.

Four years after the Paris Agreement, we find ourselves amid a stark climate crisis. How we start getting things right when it comes to ocean, climate and biodiversity?

The future of climate strongly depends on the civilization’s ability to curb carbon emissions. Which begs the question: by how much? The estimates of how much carbon we need to “save” (not release) or remove from the atmosphere are based on existing values of carbon dioxide absorption by the ocean – think of the ocean as a giant carbon sink.

The news emerging out of a recent meeting (October 2019) IOC organized with the world’s chief carbon research projects is not promising: there is an expectation that the capacity of the ocean to act as carbon sink is going to weaken. If the ocean todays is able to absorb roughly 28% (up to 1/3 according to some estimates) of carbon emissions, in the near future this figure is expected to drop down.

This means that if we are to follow the Paris Agreement, we will need to get a lot more ambitious in terms of emissions reduction, but that is not what the conclusions of the UN climate negotiations in Madrid have signalled. The year 2018 accounted for record high carbon emissions, but apart from the European Union and some other countries, there is not much appetite for further reductions among major emitters.

Who is holding the “ocean” flag at these climate negotiations?

The “ocean community” at COP25 advocated very strongly for inclusion of ocean issues on the official agenda of the Conference. This community benefits from leadership from Pacific SIDS, and includes participants and negotiators from many other countries. Many providers of ocean knowledge are involved as well, such as ourselves (IOC) and regional counterparts like the Pacific Community.

It all started back in 2015, with strong mobilization from all sectors of government and society to include the ocean in the formulation of the Paris Agreement in 2015, in particular through a very strong campaign led by the Global Ocean Forum and the Ocean and Climate Platform, in which IOC played a prominent role. The inclusion was very modest - only in the preamble to the Agreement. Nevertheless, this was a start and it allowed countries to include ocean adaptation and mitigation measures in their National Determined Contributions (NDCs). Many countries, and almost all SIDS, have done so.

The ambition for COP25 was higher, to turn the Chile COP into a “Blue COP”. It did not happen in the end. What the community, now united under the “Ocean Pathway Partnership”, was able to achieve was the inclusion of ocean in the final decision of COP25. The UNFCCC Subsidiary Body for Scientific and Technological Advice (SBSTA) will also include ocean science issues into the official research agenda.

Ocean was equally prominent at COP25 because of the attention drawn by the release in September 2018 by the UN’s Intergovernmental Panel on Climate Change (IPCC) of their ‘Special Report on the ocean and cryosphere in a changing climate”.  We will build on those results and recalibrate some of the predictions when we meet with SBSTA next June, in Bonn.

So, what needs to be done now?

The upcoming UN Decade of Ocean Science for Sustainable Development (2021-2030) will also provide a global collective framework to deal with these issues, with strong leadership and coordination from the UN system.

But we also have to face the facts.

Ocean acidification and warming will continue to affect life on the ocean. Even with 1.5oC warming, most of the warm water corals are doomed. 2oC warning is much more dangerous. Taking into account the emissions path we are in, we are currently heading towards a 3-4oC or greater global warming. We continue our work and up our ambitious in all optimist, but we should also brace for some expected (and now inexorable) impacts.

One Planet, One Ocean, Preserving the Ocean