400 secondary school students learned the basic of coding through the Free and Open Source programming tool Scratch. During the workshops, the students showed their enthusiasm for the opportunity of developing 21st century digital skills.

Within the framework of its YouthMobile Initiative, UNESCO Mozambique, in cooperation with the Maluana Science and Technology Park (MS&TP), organized Africa Code Week coding workshops for 400 students in August 2019. The workshops aimed to raise young people’s interest in computer science in the country to drive sustainable development with digital skills and to bridge the digital gender gap between girls and boys.

The grade 8 and grade 9 students that participated in the training came from five different secondary schools in the Marracuene, Maluana and Manhiça districts. With a view to address gender divide in ICTs, UNESCO and MS&TP put a particular emphasis to the participation of girls (86% of the students). Africa Code Week training curriculum apply content from MIT’s Scratch, an open-licensed programming language that helps students think creatively and work in teams.

In September, the Maluana Science and Technology Park teachers also attended dedicated teacher training workshops organized by SAP, the initiator of Africa Code Week (ACW). The training of teachers was an opportunity for the Park to equip more teachers with digital skills and have more experienced and skillful instructors for future ACW events as well as STEM education in general.

Africa Code week is the single largest digital literacy event on the continent. The 2019 edition aims to reach 1.5 million young people and over 50,000 teachers/trainers to equip them with basic programming skills. UNESCO supports SAP’s Africa Code Week through its YouthMobile Initiative since 2016.

The UNESCO YouthMobile Initiative deploys projects worldwide to promote training in digital technology and to enable young women and men with the skills they need to solve local challenges. 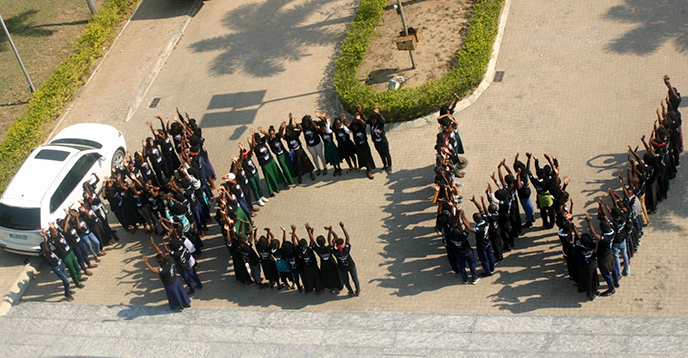