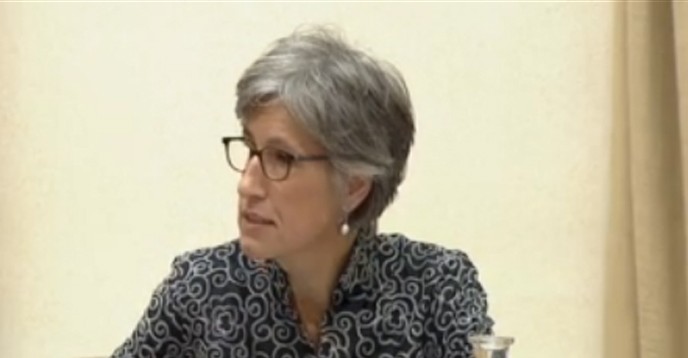 With the view to contribute to the realization of the 2030 Agenda for Sustainable Development, which was approved on 25 September by the United Nations Member States, a symposium was held at the UN Office in Geneva to explore the value of the CERN model of cooperation in building trust across boundaries and strengthening the provision of global public goods in a rapidly-changing international context. The establishment of CERN was one of the first large initiatives in science –and especially science diplomacy- within UNESCO, with the objective to foster peaceful scientific exchange between its Member States. As a fully fledged intergovernmental scientific organization in its own right, CERN has become a model for truly multilateral cooperation for research with solely peaceful application and for the development and transfer of knowledge and technology, as well as capacity building, across the globe.


The symposium counted with the participation of policy makers, scientists and representatives of civil society in a new debate about how to build synergies across communities to move forward global objectives and address current challenges, notably Rolf Heuer, Director-General of CERN, Flavia Schegel, UNESCO Assistant Director-General for Natural Sciences, Micheline Calmy-Rey, Former Foreign Minister and President of Switzerland, and Fabiola Gianotti, CERN Director General elect and member of the Scientific Advisory Board of the UN Secretary General. It was co-hosted by the United Nations Office at Geneva and CERN, with the support of Switzerland and France in their capacity as the two CERN host states.

Speaking during the first panel on “The CERN Model, Science, Education, and Global Public Goods”, Ms. Schlegel recalled that UNESCO, founded 70 years ago on the ruins of the Second World War the implant the bedrock of international cooperation in sciences, culture and education for peace and the benefit of humankind, is probably the largest science diplomacy institution and science policy interface in the world today. The CERN model continues to resonate with UNESCO’s mandate, and the two institutions continue to work closely to improve access to data through open access, open science and open data initiatives.

“Indeed, the basic and applied sciences in particular, in addition to being central in our daily lives, are the main triggers of technological innovations and inclusive industrialization conducive to sustainable development as stated in SDG 9” she explained. "In this context, it is essential that science and technology be rendered more accessible worldwide, in both training and in practice.”

CERN also demonstrates the importance of fundamental research, which is at the inception of all future solutions, and scientific collaboration as a way to rebuild trust. Other institutions are following this model, most notably the Synchrotron-light for Experimental Science and Applications in the Middle East (SESAME), modelled institutionally on CERN – with different scientific goals – and set up under the auspices of UNESCO to build scientific and cultural bridges across the Middle East. When it starts operations in 2016, SESAME will provide a vast scientific potential for scientists from the Middle East and neighbouring countries as the first operational Synchrotron Light Source in the region. SESAME’s Members are Bahrain, Cyprus, Egypt, Iran, Israel, Jordan, Pakistan, the Palestinian Authority and Turkey.

“Our planet and humanity need a strengthened global solidarity in science,” concluded Ms. Schlegel. “this can be achieved through a revitalized partnership and a new momentum for global sustainable development. We are called upon to contribute to the 2030 Agenda” In this regards, CERN continues to be a model and a privileged partner for UNESCO.

Culture of Peace and Non-violence, Science for a Sustainable Future
France, Switzerland