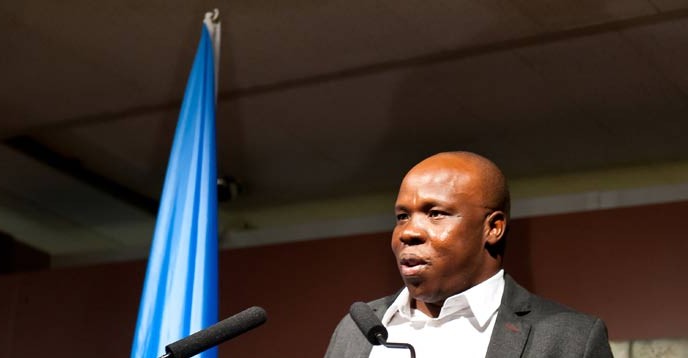 UNESCO Goodwill Ambassador A’Salfo today donated the rights from his new single, “Savoir” (Knowledge), to the Organization’s literacy projects. The song, is a hymn to the transformative power of education in Africa and features an all-star cast of acclaimed musicians from several African nations and France.


A’Salfo, the lead singer of Magic System, announced the cession of the song’s rights during a press conference at UNESCO’s Paris Headquarters.  « In my profession as a musician, the medium is the message,” he said. “And my message for everyone in “Savoir” is this: Make education a priority in all your activities”.

The “Magician of zouglou”, a popular music genre born in Abidjan (Cote d’Ivoire) that recounts social realities, grew up in a poor neighborhood where school was considered a luxury, he achieved fame as the lead singer Magic System, which has topped charts throughout the French-speaking world. While music is his passion, the value of a good education has always remained his guiding compass.

“When I was a kid, my school didn’t even have a roof,” recalled A’Salfo, 35, during a recent interview. “When it rained, we couldn’t even go anymore… I don’t want children today to go through what I experienced.”

Today, such situations are still widespread in Africa, where an estimated 40% of adults are illiterate, the majority of them women and girls. Half of the the world’s 57 million out-of-school children live in sub-Saharan Africa, and half will never enter school.

“Savoir’s” lyrics beat with the verve of “zouglou”, reminding that literacy is much more than an educational priority; it is an essential motor of human development, and the ultimate investment in the future:

“The song is pan-African because all of Africa is heavily touched by problems in education… I invited some artists from countries that are particularly affected,” A’Salfo explained. Artists proudly sing in their mother tongue, blending African languages such as Mauré, Malinké, and Yoruba with English and French.

A’Salfo was nominated a UNESCO Goodwill Ambassador in September, in recognition of his contribution to the promotion of literacy; his commitment to the struggle against discrimination and injustice, and his dedication to the ideals and values of our Organization.