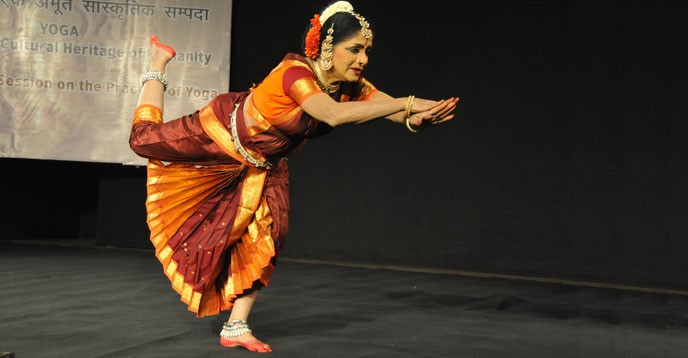 The Representative List includes forms of expression that testify to the diversity of intangible heritage and raises awareness of its importance. The review of nominations for inscription on this list will continue on Thursday 1 December in the afternoon.

The following elements were inscribed during today’s afternoon session (in order of inscription):

United Arab Emirates; Austria; Belgium; Czechia; France; Germany; Hungary; Italy; Kazakhstan; Republic of Korea; Mongolia; Morocco; Pakistan; Portugal; Qatar; Saudi Arabia; Spain; Syrian Arab Republic—Falconry, a living human heritage
Originally a way to obtain food, falconry has evolved to be more associated with conservation, cultural heritage and community engagement. Falconers train, fly and breed the birds developing a bond with them and becoming their main protectors. Present in 60 countries, aspects of the practice may vary but the methods remain similar. Falconers practice in groups. Some travel weeks at a time recounting stories in the evenings. This element is passed on within families, by apprenticeship, mentoring or training in clubs and schools.

India—Yoga
The philosophy behind the ancient Indian practice of yoga has influenced various aspects of how India’s society functions, from health and medicine to education and the arts. Based on unifying the mind with the body and soul for greater mental, spiritual and physical wellbeing, it consists of a series of poses, meditation, controlled breathing, word chanting and other techniques. Traditionally passed on from master to pupil, nowadays yoga ashrams, hermitages, educational institutions and community centres also help to transmit the practice.

Iraq— Khidr Elias feast and its vows
Every February communities in Iraq honour a holy figure called Alkhidr who is believed to grant worshippers their wishes, particularly those who are in need. Families gather on a sacred hill dressed in traditional clothes, enjoying special dishes and performing dabkka (a popular dance) or deliver offerings by the bank of the Tigris making vows for wishes to be granted and sending candles along the river. The cultural practice, said to build social cohesion, is passed on within families and by schools.

Saudi Arabia—Almezmar, drumming and dancing with sticks
Almezmar is a traditional practice of the Hijazi community in Saudi Arabia, performed for family celebrations or national events. Involving up to 100 male practitioners, two rows stand opposite each other clapping and chanting songs about gallantry or love. Drums beat in the background, while pairs of performers twirl large sticks in the group’s centre and others follow. Passed on by performing arts troupes and heritage centres, the practice acts as an identity marker and part of the community’s collective memory.

Kazakhstan— Kuresi in Kazakhstan
Kuresi in Kazakhstan is a type of traditional wrestling practiced in communities that requires players to battle it out on foot, ultimately pinning the opponent’s shoulders to the ground. Where trainers previously coached boys to participate in local contests, these days kuresi is a national sport practiced by men and women with international competitions taking place, and are broadcast in multiple countries. Said to build tolerance, goodwill and solidarity amongst communities, kuresi is passed on in master classes and through sports clubs.