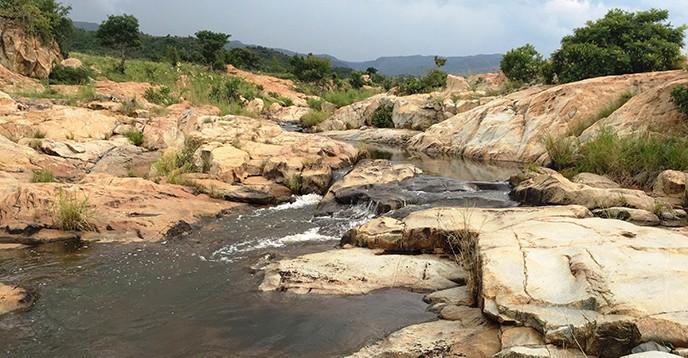 The World Heritage Committee, meeting in Manama since 24 June under the chair of Shaikha Haya Bint Rashed al-Khalifa of Bahrain, today inscribed one mixed, i.e. cultural and natural, site in Mexico, and three natural sites in China, France and South Africa. The Committee also approved the extension of a World Heritage site in the Russian Federation. The examination of nominations will continue in the afternoon.

The new World Heritage sites, in order of inscription, are:

Tehuacán-Cuicatlán Valley: Originary Habitat of Mesoamerica (Mexico) – Tehuacán-Cuicatlán Valley, part of the Mesoamerican region, is the arid or semi-arid zone with the richest biodiversity in all of North America. Consisting of three components, Zapotitlán-Cuicatlán, San Juan Raya and Purrón, it is one of the main centres of diversification for the cacti family, which is critically endangered worldwide. The valley harbours the densest forests of columnar cacti in the world, shaping a unique landscape that also includes agaves, yuccas and oaks. Archaeological remains demonstrate technological developments and the early domestication of crops. The valley presents an exceptional water management system of canals, wells, aqueducts and dams, the oldest in the continent, which has allowed for the emergence of agricultural settlements.

Barberton Makhonjwa Mountains (South Africa) – Situated in north-eastern South Africa, the site comprises 40% of the Barberton Greenstone Belt, one of the world’s oldest geological structures. The Barberton Makhonjwa Mountains represents the best-preserved succession of volcanic and sedimentary rock dating back 3.6 to 3.25 billion years, when the first continents were starting to form on the primitive Earth. It features meteor-impact fallback breccias resulting from the impact of meteorites formed just after the Great Bombardment (4.6 to 3.8 billion years ago).

Fanjingshan (China) – Located within the Wuling mountain range in Guizhou Province (south-west China), Fanjingshan ranges in altitude between 500 metres and 2,570 metres above sea level, favouring highly diverse types of vegetation and relief. It is an island of metamorphic rock in a sea of karst, home to many plant and animal species which originated in the Tertiary period, between 65 million and 2 million years ago. The site’s isolation has led to a high degree of biodiversity with endemic species, such as the Fanjingshan Fir (Abies fanjingshanensis) and the Guizhou Snub-nosed Monkey (Rhinopithecus brelichi), and endangered species, such as the Chinese Giant Salamander (Andrias davidianus), the Forest Musk Deer (Moschus berezovskii) and Reeve’s Pheasant (Syrmaticus reevesii). Fanjingshan has the largest and most contiguous primeval beech forest in the subtropical region.

Chaîne des Puys–Limagne fault tectonic area (France) – Situated in the centre of France, the site comprises the long Limagne fault, the alignments of the Chaîne des Puys volcanoes and the inverted relief of the Montagne de la Serre. It is an emblematic segment of the West European Rift, created in the aftermath of the formation of the Alps, 35 million years ago. The geological features of the property demonstrate how the continental crust cracks, then collapses, allowing deep magma to rise and cause uplifting at the surface. The property is an exceptional illustration of continental break-up – or rifting – which is one of the five major stages of plate tectonics.

Bikin River Valley [extension of Central Sikhote-Alin] (Russian Federation) – The Bikin River Valley is a serial extension of the existing Central Sikhote-Alin site, inscribed in 2001 on the World Heritage List. It is located about 100 km to the north of the existing property. The extension covers an area of 1,160,469 hectares, three times larger than the existing site. It encompasses the South-Okhotsk dark coniferous forests and the East-Asian coniferous broadleaf forests. The fauna includes species of the taiga alongside southern Manchurian species. It includes notable mammals such as the Amur Tiger, Siberian Musk Deer, Wolverine and Sable.

The 42nd session of the World Heritage Committee continues until 4 July.

All the documents pertaining to the work of the Comité are available online
http://whc.unesco.org/en/sessions/42com/documents/