2015: A Year of Challenge and Opportunity for UNESCO 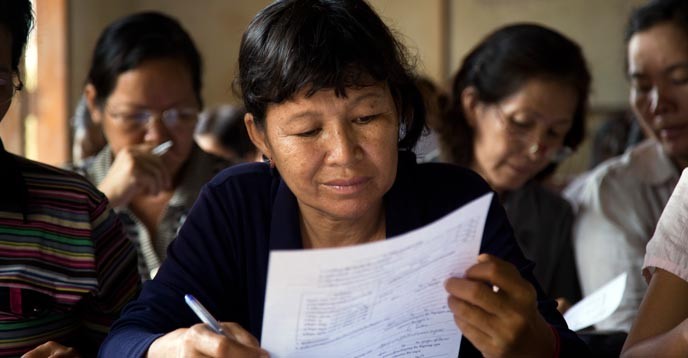 UNESCO is celebrating its 70th anniversary in 2015, a crucial year for the international community’s efforts to reach a consensus on limiting global warming and the creation of cleaner environments for individuals, communities and countries.

In the coming months, UNESCO will continue supporting efforts to meet these challenges by focusing on several major events ahead of the UN General Assembly’s scheduled adoption of new international development goals known as Sustainable Development Goals (MDGs).

In education, the natural sciences and culture, UNESCO will continue using the soft power of advocacy, diplomacy and networking with civil society, to reduce the devastating effects of conflict and help make lasting peace possible.

In the month of May, the World Education Forum, which brings together UN partners, national governments and international stakeholders, will hold its third session in 25 years in Incheon (Republic of Korea). The Forum will take stock of progress made towards the Education For All goals established in 2000 and define future objectives. As the Director-General of UNESCO, Irina Bokova, says, “this forum is truly the threshold to the future of education, and a springboard for the post 2015 agenda,” in which UNESCO is pressing for an “equitable, quality education and lifelong learning for all”.

Whereas the Millennium Development Goals adopted in September 2000 emphasized the need to get all young people into the classroom, UNESCO Member States now advocate recognition for people’s need for quality education throughout their lives, calling for a goal on “equitable, quality education and lifelong learning for all”.

Experience shows that for education to work, learners must profit from quality material and well-trained teachers, yet both remain unavailable in parts of the world. For societies to benefit from a boost in education, countries must ensure that quality teaching is available to all learners, regardless of gender, geographic location and special needs. UNESCO will continue pressing for the right of girls and women to be fully integrated in educational programmes everywhere, both because this is right and because countries cannot expect to move ahead without the contribution of women.

UNESCO is also committed to help make a success of the United Nations Climate Change Conference, Cop21, to be held in Paris in late November and early December. This will be done thanks to the Organization’s experience in the natural sciences and its ability to collect data and help stakeholders identify shared goals, as demonstrated by the tsunami warning system put in place with the support of UNESCO’s Intergovernmental Oceanographic Commission (IOC) in recent years. The input of the newly created High Panel on Science for Development, which is hosted by UNESCO, will also help reinforce the Organization’s work in favour of sustainable development.

The Organization has been pressing for culture to take a central place in the SDGs because of its potential as a generator of prosperity, a source of empowerment for individuals and communities, a medium for mutual understanding and conflict resolution. On the 10th anniversary of the 2005 Convention on the Protection and Promotion of the Diversity of Cultural Expression, UNESCO is urging leaders and policy makers to take a dynamic approach to culture, to help unleash the potential of creative industries and harvest the benefits that come from preserving and sharing both tangible and intangible heritage.

Both in New York and Paris, UNESCO will continue championing Africa, its needs and its potential, to ensure that the continent, which remains a priority for the Organization, is well served both by the new development goals and by the regulatory framework of sustainable development that will be defined by COP21.

Meanwhile, UNESCO will continue raising its voice to denounce the destruction of heritage by extremists in different parts of the world, particularly in Iraq and Syria. It will also continue working behind the scenes to preserve heritage, notably by informing peace keeping forces and other military operators in conflict zones about the location cultural heritage sites, in line with the Convention for the Protection of Heritage in the Event of Armed Conflict and its Protocol. UNESCO will also continue working with its partners to contain illicit trafficking of cultural objects from areas where fighting is taking place and stop dealers and collectors from robbing countries and communities of priceless testimonies of their past and what they have achieved. This is a serious problem because when the eagerly-awaited time for reconstruction arrives, heritage can help people regain their sense of shared identity and purpose.

Equally important, as shown by recent events, is UNESCO’s unique mandate in the United Nations to promote freedom of expression and press freedom, as well as enhancing the safety of journalists. The recent attack against Charlie Hebdo in Paris provides tragic evidence of the need for the Organization to persevere in this work. In a display of solidarity and support, UNESCO took part in the march for freedom and solidarity in Paris on 7 January. Moving forward, UNESCO will continue promoting dialogue and understanding while protecting freedom of expression and press freedom.

Standing for human dignity and human rights, values UNESCO was created to defend, is more important than ever in the face of continued violence and discrimination in many parts of the world. To this end, UNESCO will continue promoting indispensable intercultural dialogue and mutual understanding.

While UNESCO goes on implementing in depth reform, the Organization will hold no fewer than five inter-agency meetings over the year, focusing both on coordination within the System and on collaboration with sister agencies whenever this can be of use to Member States: Mobile Learning Week (24 February);High Level Policy Forum (26 February); Broadband Commission (27 and 28 February); High Level Committee on Management (19-20 March); and, finally, the Chief Executives Board meeting (29 and 30 April). All of these events are examples of UNESCO’s commitment to help ensure that the UN is able to “deliver as one,” the better to serve Member States.