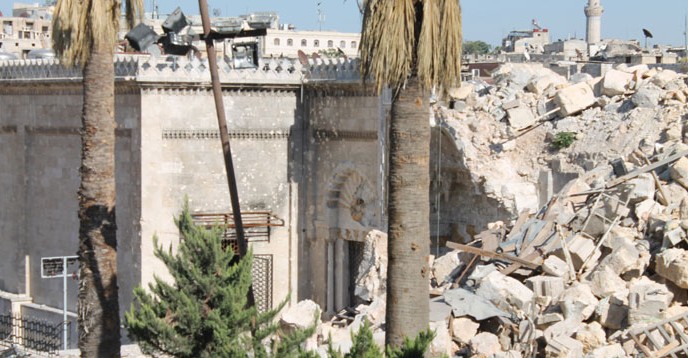 On 3 December 2014, UNESCO hosted an International Conference on “Heritage and Cultural Diversity at Risk in Iraq and Syria” at its Paris Headquarters, as a means to raise awareness on the scale of devastation of cultural heritage in the region today.

The purpose of the Conference was also to highlight that the destruction of cultural heritage and the persecution of minorities are not merely a cultural emergency, but a political and security imperative for which adequate responses at the political and humanitarian levels are needed.

Against the background of increasingly violent sectarian conflict and the intentional destruction of places of cultural significance in Iraq and Syria, a process described by UNESCO’s Director-General Irina Bokova as cultural cleansing, the meeting sought to unite stakeholders in order to find innovative ways to more effectively protect cultural heritage under attack and to better integrate the cultural dimension into the political response to crises, as well as into security, peacebuilding, humanitarian aid and development strategies.

The term cultural cleansing, reference refers to an intentional strategy that seeks to destroy cultural diversity through the deliberate targeting of individuals identified on the basis of their cultural, ethnic or religious background, combined with deliberate attacks on their places of worship, memory and learning. The strategy of cultural cleansing that can be witnessed in Iraq and Syria is reflected in attacks against cultural heritage, that is both against physical, tangible and built expressions of culture such as monuments and buildings, as well as against minorities and intangible expressions of culture such as customs, traditions and beliefs. 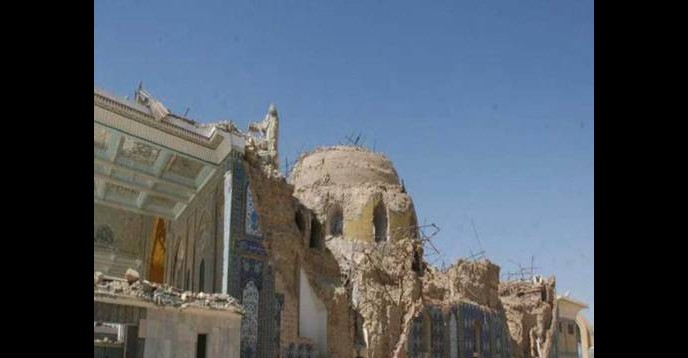 All speakers highlighted the many ways in which culture or cultural heritage are at the frontline of conflict today, and therefore why it is a necessity to take them into account in the design and implementation of any effective and sustainable response. In particular, the following links between culture and conflict where pointed out at the conference:

The Conference also highlighted the evolving nature of conflicts in the 21st century, which are often taking place among many non-international actors and within urban areas and target civilian populations. Many cultural landmarks have thus been damaged or destroyed as collateral damage of the war, while unrest and the collapse of governance have fuelled the looting of museums and archaeological sites.

In response to these issues, five main concrete policy proposals were made by the participants to the conference:

UNESCO is following up on these issues, in collaboration with relevant agencies and partners. In this regard, the Director-General of UNESCO announced at the Conference the launching of a multidirectional outreach campaign for the protection of Syrian and Iraqi cultural heritage. This campaign uses different means of communication – from social media to the production of audio-visual materials – in order to broadly disseminate UNESCO’s message.  This campaign also taps into the network of high-visibility museums (e.g. the Louvre), auction houses, as well as national and international media through the production of joint materials and social media campaigns.

The conference was organized with the generous support of the State of Kuwait and the Kingdom of Saudi Arabia. It brought together decision-makers, experts and representatives from both Iraq and Syria, as well as international curators, academics, decision- and policy-makers, representatives from international and non-governmental organizations, law-enforcement agencies and museum and auction house professionals at the highest level.

The following report gives an overview of each speaker’s main ideas and policy suggestions at of the three sessions of the Conference (see Programme in Annex I): the high-level segment, the panel on “Cultural Cleansing – Cultural Diversity under Attack” and the panel on “Protecting Cultural Heritage in Iraq and Syria – A Security Imperative”.

Finally, the report includes additional remarks from invitees who did not get an opportunity to intervene during the Conference, but who shared their ideas in writing (Section VII).

The conference report giving an overview of each speaker’s main ideas and policy suggestions is available here.