The Instituto de Ecología A.C. of Mexico has made very important contributions to scientific research and training in the field of natural resources. It has furthered progress in the ecological sciences and the conservation and sustainable use of natural resources not only in Mexico but also at regional and interregional levels. The quality of the Institute’s research is reflected in the many national and international distinctions it has received.

For more than 40 years Jan Jeník’s goal-oriented studies dealt with the structure and function of forests, plant–soil–climate interactions in various landscape systems and biotic communities in tropical and temperate biomes. He served, as an effective link in transboundary co-operation in the European region, particularly within the Man and Biosphere Programme (UNESCO/MAB). He also participated in the establishment and advisory bodies for transboundary, bilateral and/or trilateral protected landscapes along the boundaries of Central European countries.

The Lake Malawi National Park received the 1995 UNESCO Sultan Qaboos Prize for Environmental Preservation in recognition of its ambitious management programme largely carried-out in cooperation with local communities. The management programme for the Park not only contributes to the protection of the rich biodiversity in the area, but also promotes the welfare of all the people who live in and around the park.

The Forest Department of Sri Lanka and the Sinharaja group (Dr. C.V. Savitri Gunatilleke, Dr. I.A.U. Nimal Gunatilleke, Dr. Peter S. Ashton, and Dr. P. Mark Ashton) have contributed significantly to teaching and moulding young students, both in the university and outside, and also educating the public, especially the local villagers on the benefits of conservation of biological diversity.

Savitri Gunatilleke discusses key aspects of their work and the impact of the prize.

Nimal Gunatilleke discusses key aspects of their work and the impact of the prize.

Charles Darwin Foundation (CDF) describes its work in the Galapagos Islands as “Science and Education for Conservation”. The mission of CDF is to provide the knowledge and support to ensure the conservation of the environment and biodiversity of the Galapagos Archipelago through scientific research and complementary actions. ” Those complementary actions include educating, training, advising, and forming alliances with local groups as well as other institutions in these related fields.

2001 | Association of Volunteers for the Protection of the Environment (Chad)

Since 1997, the Chad Association of Volunteers for the Protection of the Environment (ATVPE) has carried out many significant and highly successful activities in the different regions of Chad, especially in the critical areas of reforestation and soil conservation. Over a period of five years, i.e. 1997 - 2001, the Association planted almost 20,000 trees across the country and has produced and distributed 70,000 seedlings to the local population. Traditional technologies are used in combating desertification and in minimizing the effects of drought.

In 2003 the Centro de Ecología del Instituto Venezolano de Investigaciones Científicas (IVIC)was awarded the UNESCO Sultan Qaboos Prize for Environmental Preservation in recognition of its outstanding contribution in generating a wealth of scientific knowledge in the field of tropical ecology, and successfully disseminating this knowledge to professionals and the general public, through education, training and awareness raising.

The selection of Mr. Schei was in appreciation of his extraordinary contribution to the conservation and sustainable use of biodiversity and natural resources. Furthermore, the Prize acknowledges Mr Schei’s role as facilitator in the dialogue between developed and developing countries in the international environmental arena, especially in the framework of the Convention on Biological Diversity.

THe Great barrier Reef Marine Park Authority has created a framework that, whilst allowing reasonable human use, will ensure the healthy survival of the coastal and marine ecosystems. One important component of this new management framework is the new zoning plan that came into law on 1st July 2004. This plan increased the proportion of the Marine Park’s highly protected ‘no-take’ zones from less than 5% to more than 33%, and now protects representative examples of each of the 70 broad habitat types. The Great Barrier Reef was designated as a UNESCO World Heritage Site in 1981.

Dr. Ernesto C. Enkerlin-Hoeflich is the President of the National Commission on Natural Protected Areas of Mexico (CONANP). He mobilized unprecedented support to establish the NGO Pronatura Noreste in 1997, which is today one of the Mexico’s leading conservation organizations. During his four-year tenure at CONANP, which is responsible for the conservation of all protected areas in Mexico, five new biosphere reserves were successfully incorporated into the World Network of Biosphere Reserves.

Established in 1976, IBD’s objective is to establish systems that ensure the conservation and sustainable use of Ethiopia’s biodiversity. In particular with regard to genetic resources conservation and utilization, IBS has conducted several inventories and surveys in order to gather and document information on the types and distribution of the farmers’ landraces, as well as forest and aquatic resources and medicinal plants.

Within Spain, the Organismo Autónomo Parques Nacionales (OAPN) works to conserve the country’s natural heritage: through efforts to save endangered species and their habitats, elimination of non-native species, restoration of degraded areas, air and water quality monitoring, as well as through its work to support environmental education, awareness, and training.

Internationally, the OAPN has a leading role in promoting the exchange of experiences on protected areas management, development of research projects, capacity building for park management authorities, technology and resource transfer to support conservation and management, and strengthening of sustainable development.

The Director-General of UNESCO, Irina Bokova, awarded the 2011 Sultan Qaboos Prize for Environmental Preservation to the Forestry Research Institute of Nigeria, in accordance with the recommendations of the Bureau of the International Coordinating Council of UNESCO’s Man and the Biosphere Programme, in recognition of its contributions to forest and environmental management and biodiversity conservation.

The Jury acknowledged also the Institute’s key role in establishing and managing nature reserves in the country -- including the Omo Biosphere Reserve recognized under the Man the Biosphere Programme.

The Director-General of UNESCO, Irina Bokova, had the pleasure to congratulate the Forestry Research Institute of Nigeria for the award of the 2011 Sultan Qaboos Prize for Environmental Preservation. (Unesco source)

The Institute has played an important role in the establishment and management of nature reserves in Nigeria. FRIN carried out the baseline research activities and the development of innovative process technology to convert wood wastes into useful products. The Institute has contributed also to the development of technologies for the stabilization of sand dunes, desertification and erosion control, research for national forestation programmes and development of permanent sample plots for seed orchards. Through its four training colleges, FRIN has contributed over the years to the training of technical manpower needs in the forestry sector as well as other agro-allied sectors of the economy.

Established in 1924,the State Forests National Forest Holding of Poland manages more than 75 per cent of the country’s forests. The holding plays a major role in ensuring the sustainable management of forests while raising public awareness of environmental concerns and the need for ecological conservation.

Most of the forests situated in Poland’s ten biosphere reserves are managed by the holding. It is the largest institution of its kind in Europe and it has a major influence on how important forestry resources are managed sustainably for multiple benefits taking into account ecological, socio-cultural and economic aspects.

The Endangered Wildlife Trust of South Africa develops and implements innovative environmental protection projects. In close cooperation with local communities, the trust works for the preservation of ecosystems and endangered species through research, environmental education, training and awareness-raising

Founded in 1973, the Endangered Wildlife Trust (EWT) designs and manages a range of innovative environmental protection programs in southern Africa. The EWT develops effective methodologies and best practice guidelines to help reduce negative environmental impacts. The EWT works in close cooperation with local communities for the preservation and sustainable use of threatened species and ecosystems.

The research and advocacy work of Mr Kalesnik, Mr Sirolli and Mr Iribarren have contributed to the establishment and management of the Delta del Paraná Biosphere Reserve of the UNESCO Man and the Biosphere (MAB) Programme.

Established in the year 2000, the Delta del Paraná Biosphere Reserve is a coastal freshwater delta of the Parana River north of Buenos Aires. It is rich in biodiversity and is home to species that find their southernmost limit of distribution in the reserve.

2017 | The National Parks Board of Singapore (Singapore)

The National Parks Board promotes biodiversity in an urban environment through the restauration of habitats and species. It also supports teaching on biodiversity at all levels of education. The applied research conducted by the Board has also helped identify new endemic species of plants and terrestrial invertebrates.

The National Parks Board manages the World Heritage site of the Singapore Botanical Gardens alongside 350 parks and four natural reserves. Working with the Secretariat of the Convention on Biological Diversity, it has developed the Singapore City Biodiversity Index, a self-assessment tool for cities’ biodiversity conservation efforts.

2019 | Ashoka Trust for Research in Ecology and the Environment (ATREE)

The Bangalore-based Ashoka Trust for Research in Ecology and the Environment (ATREE) received the 2019  UNESCO Sultan Qaboos Prize for Environmental Conservation in recognition of its socially-just environmental conservation and sustainable development activities.

The prize recognizes ATREE for its contribution to participatory approach to improving environmental conservation, applied in its initiative in India’s northeastern Sikkim and Darjeeling regions involving conservation planning and the creation and promotion of sustainable livelihoods. The prize also recognizes significant contributions towards the discovery of new species in the Western Ghats, and exceptional outreach to raise awareness of India’s biodiversity and train environmental leaders. 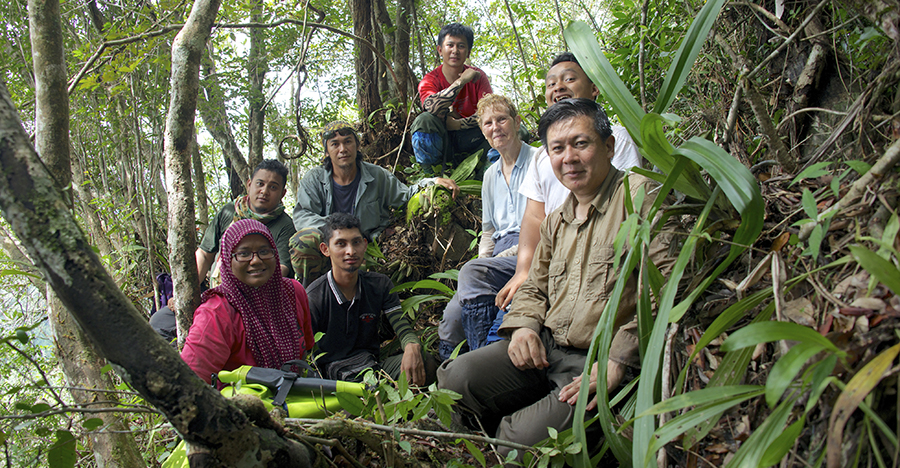 In recognition of initiatives to monitor and preserve endangered species of national interest, producing publications such as the Malaysian Plant Red List in efforts to monitor the conservation of critically endangered species, and documenting the traditional knowledge of indigenous peoples and local communities.

FRIM is one of the leading institutions in tropical forest research in the world. It has developed significant research activities on biodiversity, forest ecosystems management and restoration, and sustainable forest products, while contributing significantly to biodiversity conservation at the national level. FRIM also contributes to the inclusion of environmental education in curricula and training teachers in Education for Sustainable Development. 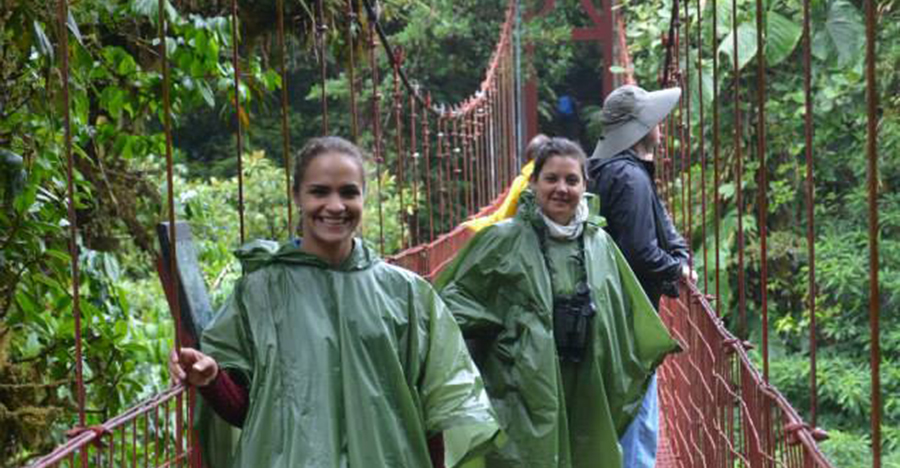 In recognition of support to create new biosphere reserves in Latin America such as  Sumaco (Ecuador), Cabo de Hornos (Chile) and Agua y Paz (Costa Rica) and the promotion of regenerative practices in the biosphere reserves.

UIC’s main areas of action are the conservation of biodiversity, territorial management, local development, food safety from farm to table, regenerative agriculture and livestock, sustainable tourism and project management, using a transversal ecosystem regeneration approach. Through its Latin American School of Protected Areas (ELAP), UCI has contributed to capacity building across Latin American and Caribbean to train protected area managers. UCI is also contributing to reverse effects the of climate change and biodiversity loss on ecosystems through its initiatives in the Regenerative Communities Network.