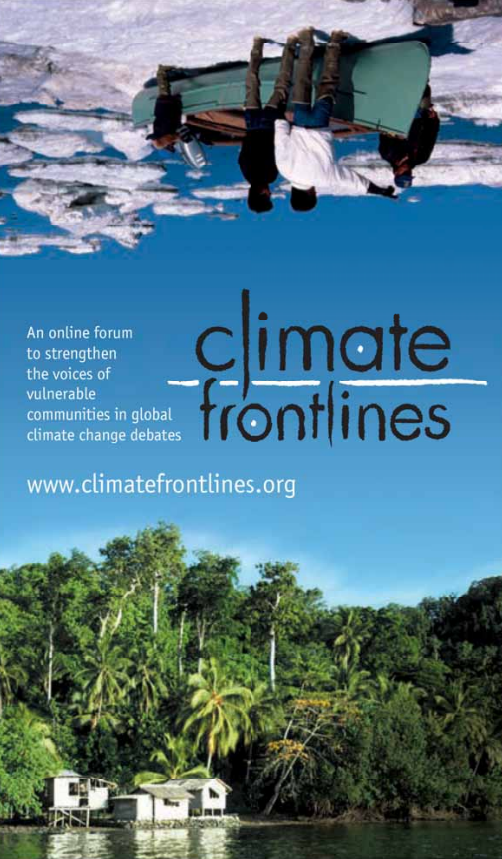 Many small island, rural and indigenous communities are already facing the first impacts of climate change. Their high vulnerability relates to their reliance upon resource-based livelihoods and the locations and configurations of their lands and territories.

Ironically, despite broad recognition that small island, Arctic, high altitude and other vulnerable communities are on the frontlines of climate change, their voices have remained largely on the sidelines of climate change debates. Indeed, this exclusion has generated discord and protests by indigenous peoples and community representatives at recent international conferences and meetings on climate change.

In response to this outcry, the grassroots Internet forum On the Frontlines of Climate Change was launched by UNESCO, in partnership with the Secretariat of the Convention on Biological Diversity (SCBD), the Secretariat of the UN Permanent Forum on Indigenous Issue (SPFII) and the Office of the High Commissioner on Human Rights (OHCHR).

The goals of the Frontlines forum are to:

Climate Frontlines reaches more than 50,000 people worldwide through its internet-based discussion forum. It also has an international network of field projects documenting local observations and knowledge related to climate change.

To subscribe to Climate Frontlines discussion forum, go to: http://www.climatefrontlines.org/