Women and the Web: Bridging the Internet gap and creating new global opportunities in low and middle-income countries

From activists in Egypt to coffee farmers in Colombia, the Internet has transformed the lives of billions of people. It functions as a gateway to ideas, resources, and opportunities that never could have been realized before, let alone fathomed. All around the world, the Internet is helping people to imagine new possibilities—and then, to make them happen. But women and girls are being left behind.

On average across the developing world, nearly 25 percent fewer women than men have access to the Internet, and the gender gap soars to nearly 45 percent in regions like sub-Saharan Africa. Even in rapidly growing economies the gap is enormous. Nearly 35 percent fewer women than men in South Asia, the Middle East and North Africa have Internet access, and nearly 30 percent in parts of Europe and across Central Asia. In most higher-income countries, women’s Internet access only minimally lags that of men’s, and in countries such as France and the United States, in fact exceeds it.

This report is an urgent call to action, presenting a pathway towards closing the Internet gender gap and unleashing the benefits of women and girls online. The report’s findings are based on interviews and surveys of 2,200 women and girls living in the urban and peri-urban areas of four focus countries: Egypt, India, Mexico, and Uganda. Survey findings were substantiated and supplemented by extensive research of existing literature, analysis of global databases, and interviews with more than 40 experts in the fields of gender, the Internet, and ICT (Information and Communications Technology) for development. 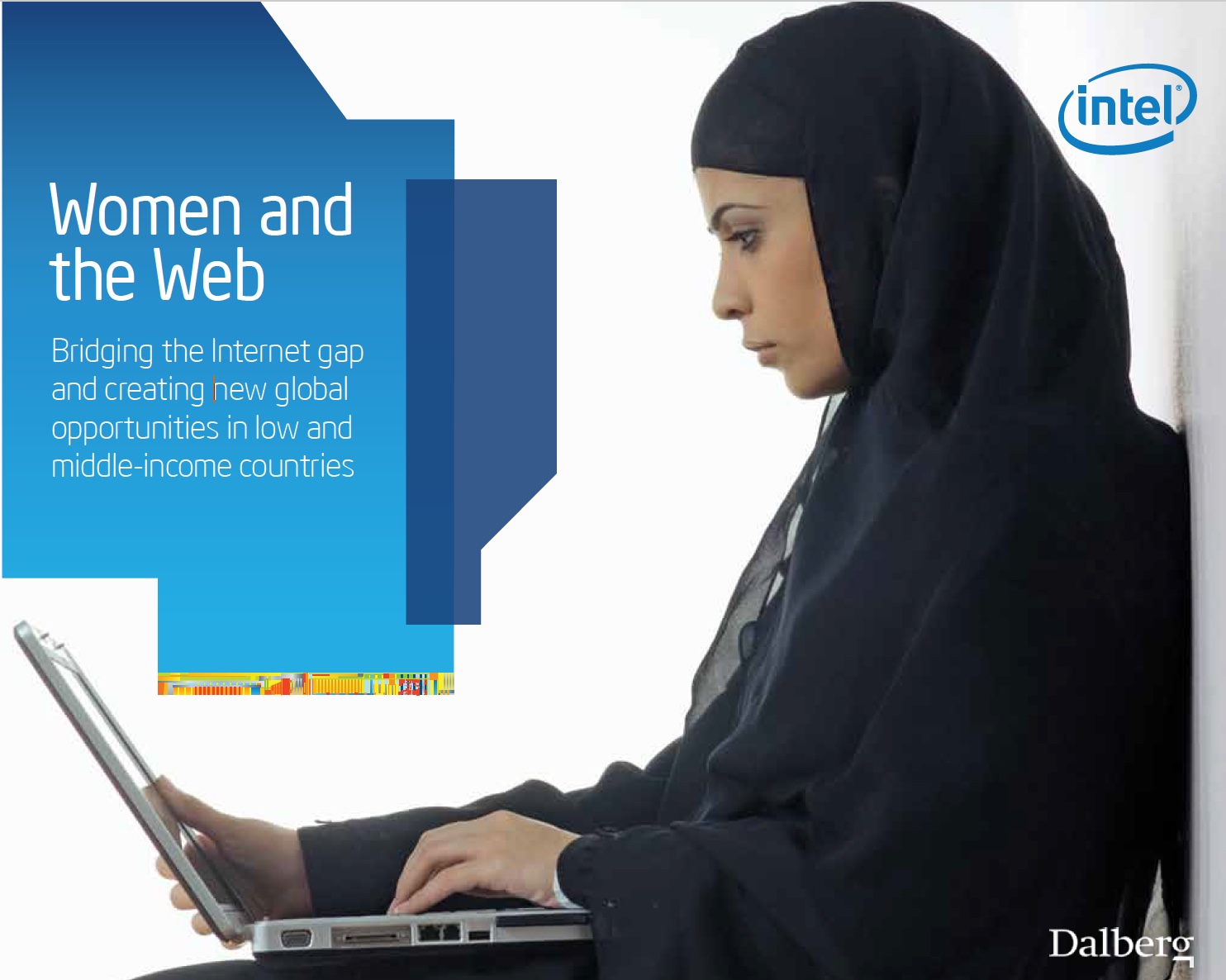 Year
2012
Publisher
Intel Corporation
Author
Dalberg Global Development Advisors
Language
English
In order to save, please login or create a new account.
It seems, you have not saved your changes.