Technology and Child Development: Evidence from the One Laptop per Child Program

The One Laptop per Child (OLPC) program aims to improve learning in the poorest regions of the world though providing laptops to children for use at school and home.2 Since its start, the program has been implemented in 36 countries and more than two million laptops have been distributed. The investments entailed are significant given that each laptop costs around $200, compared with $48 spent yearly per primary student in low-income countries and $555 in middle-income countries (Glewwe and Kremer, 2006). Nonetheless, there is little solid evidence regarding the effectiveness of this program.

This paper presents results from the first large-scale randomized evaluation of OLPC. The study sample includes 319 public schools in small, poor communities in rural Peru, the world’s leading country in terms of scale of implementation. Extensive data collected after about 15 months of implementation are used to test whether increased computer access affected human capital accumulation. The main study outcomes include academic achievement in Math and Language and cognitive skills as measured by Raven’s Progressive Matrices, a verbal fluency test and a Coding test.3 Exploring impacts on cognitive skills is motivated by the empirical evidence suggesting that computer use can increase performance in cognitive tests and the strong documented link among scores in these tests and important later outcomes such as school achievement and job performance (Maynard, Subrahmanyam and Greenfied, 2005; Malamud and Pop-Eleches, 2011; Neisser et al., 1996). Additionally, the software loaded on the laptops contains games and applications not directly aligned with Math and Language but that potentially could produce improvements in general cognitive skills. 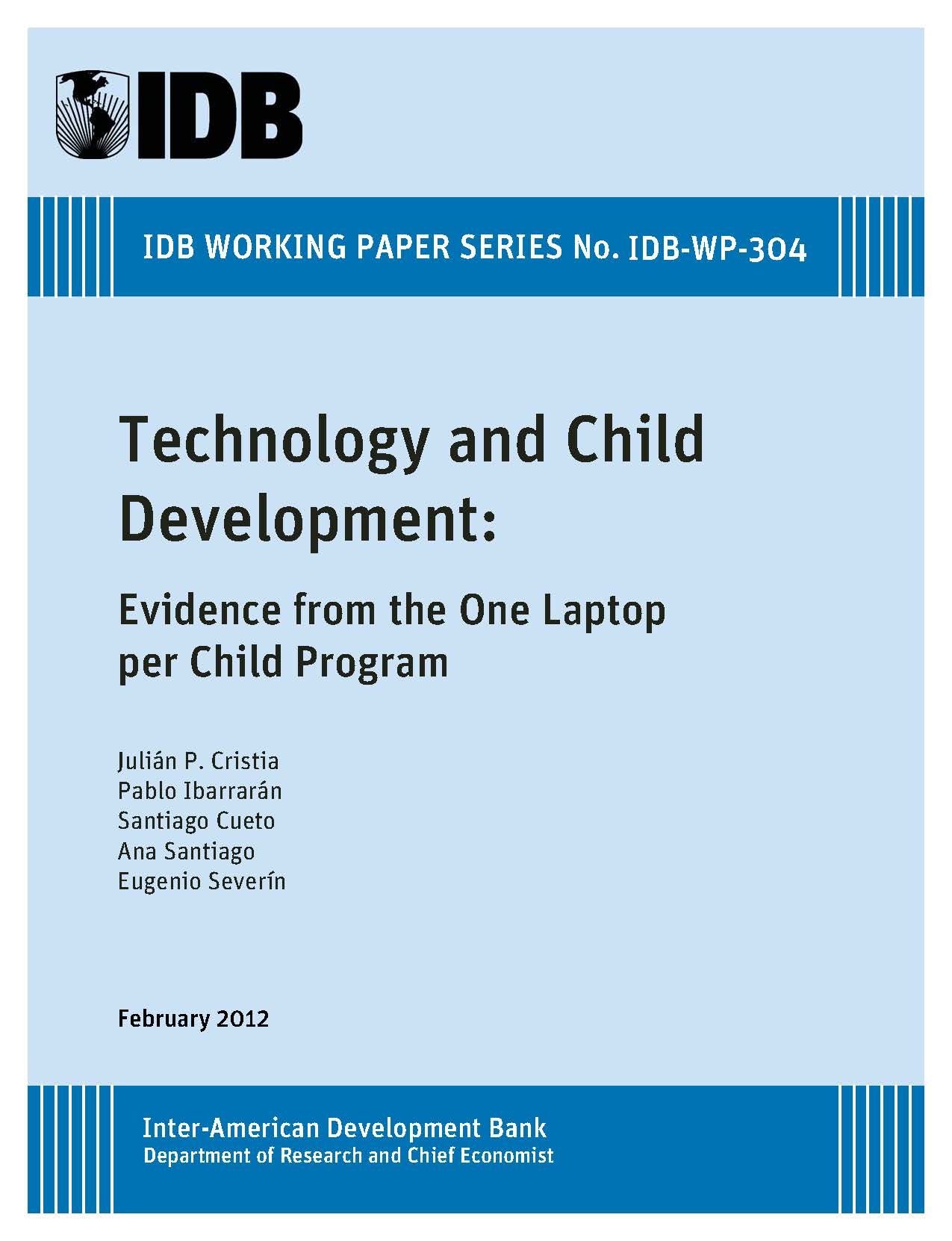 Year
2012
Publisher
Inter-American Development Bank (IDB)
Author
Eugenio Severín
Country/Region/Group
Peru
Language
English
In order to save, please login or create a new account.
It seems, you have not saved your changes.