UNESCO Goodwill Ambassador and Special Envoy for Science for Peace

Her Royal Highness Princess Sumaya bint El Hassan of Jordan, was appointed UNESCO Special Envoy for Science for Peace in October 2017, in light of her commitment to science in the Arab world.

Prior to receiving her official title, Princess Sumaya was a long-time supporter of UNESCO's SESAME initiative. The Synchrotron Light for Experimental Science and Applications in the Middle East, SESAME, the region's premier international research centre, opened its doors in 2017 in Allan, Jordan. Under the auspices of UNESCO, SESAME aims to foster research and scientific cooperation in the Middle East beyond the divisions in the region.

In her capacity as UNESCO Special Envoy for Science for Peace, H.R.H. Princess Sumaya is invited to support the centres and organisations established by UNESCO in the field of science diplomacy and to encourage cooperation among scientists.  She has been President of the Royal Scientific Society of Jordan since 2006 as well as Vice-President of the High Council for Science and Technology, a government body that advises Jordan on science and technology policy issues.

She has received various awards and honours, including the Albert Einstein Medal for Outstanding Achievement (University of Ulm, Germany, 2009) and Chancellor's Citation (2017) from the University of California, Berkeley, the university's highest honour. 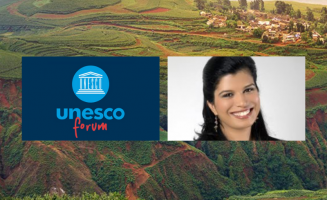