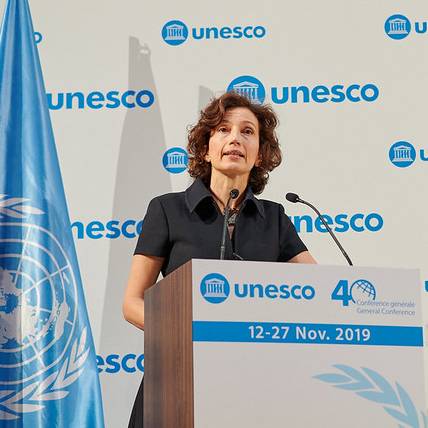 “We are entering a phase of renewal,” said Audrey Azoulay, the Director-General of UNESCO, summing up the fortieth session of the General Conference, which took place from 12 to 27 November. Noting that after more than 20 years of cuts and setbacks, the budget situation had returned to normal, she underlined that, “by accepting an increase in contributions, a rare event in the UN system today, Member States expressed their confidence in the direction given to UNESCO over the past two years, and especially its strategic transformation.”

The UNESCO General Conference brings together all 193 Member States of the United Nations Educational, Scientific and Cultural Organization once every two years.

As demonstrated by the attendance of so many political leaders, UNESCO is once again a venue for global conversation. Participants included: 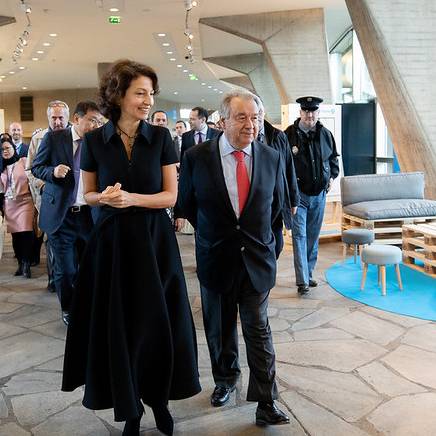 UNESCO has rekindled its ambition to influence today’s world, by addressing current and future issues. 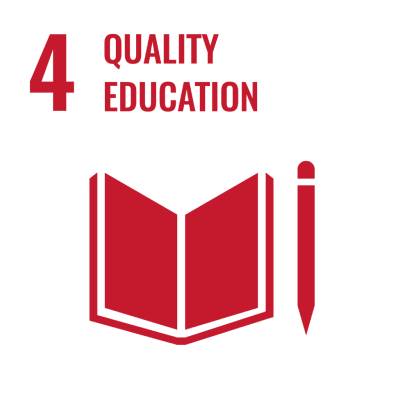 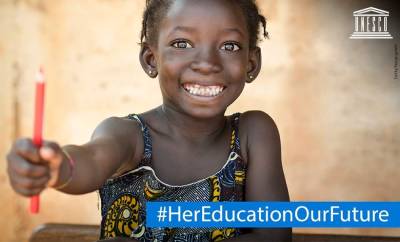 Of these issues, education tops the list of priorities for Member States and UNESCO. UNESCO is responsible for coordinating the international community’s actions to achieve Sustainable Development Goal 4 (SDG 4), quality education for all. It transforms this ambitious goal into ideas, deeds and laws.

In recent months, UNESCO has: 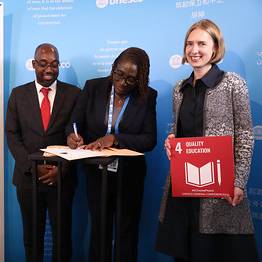 Refugees will also benefit from the General Conference’s second major achievement in the field of education and higher education: the Qualifications Passport for Refugees and Vulnerable Migrants, which is currently being tested in Zambia. Initial results are extremely encouraging, and show how these kinds of legal tools can improve refugees’ everyday lives and mobility. Iraq and Colombia will be the next countries to pilot the initiative.

In parallel, over 100 education ministers and 100 representatives of universities taking part in the UNESCO Chairs programme met to discuss ways of encouraging a more inclusive “global campus” that can support better student mobility and handle rapidly growing enrolment in higher education.

Other initiatives during the General Conference focused on contemporary issues:

The General Conference decided to embark on a consultative, inclusive and participatory process to define a new global normative instrument on Open Science – the UNESCO Recommendation on Open Science to be adopted by UNESCO Member States in 2021. 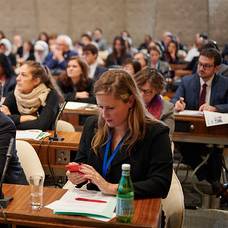 The General Conference also gave UNESCO a mandate to develop the first normative instrument on the ethics of artificial intelligence. This will help the world reach an ethical consensus on AI, which is not just a technological turning point but also an anthropological disruption. After taking part in broad consultations, experts selected by UNESCO will be responsible for preparing a preliminary text. Two inter-governmental meetings have been scheduled for 2021 to finalize these ethical rules based on fundamental human rights. 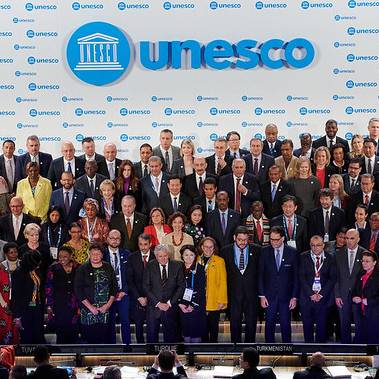 The 122 culture ministers who gathered at UNESCO highlighted the essential role of culture in developing stronger, more resilient and more inclusive societies.

Following the ministerial meeting, Mexico announced that it would host a second Mondiacult World Conference on Cultural Policies in 2022.

At the first conference in 1982, the international community redefined culture as the “set of distinctive spiritual, material, intellectual and emotional features of society or a social group”.

The General Conference also decided to celebrate eight new world days – of art (15 April), Islamic art (18 November), African and afrodescendant culture (24 January), engineering for sustainable development (4 March), logic (14 January), mathematics (14 March), olive trees (26 November) and Portuguese language (5 May). It also decided that the first Thursday in November would be the International Day against Violence and Bullying at School, including Cyberbullying. In addition, 2022 will be proclaimed the International Year of Basic Sciences for Development. 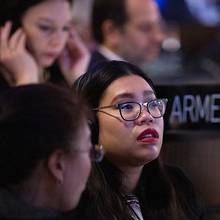 The General Conference was also a forum for discussions between young people and around ten government leaders on the theme (Re)Generation: Rethinking Multilateralism with Young Change-Makers. Young people from around the world took part in two weeks of discussions to determine how UNESCO could respond to the climate challenge and youth demands. Participants called on governments to step up their efforts to fight climate change, invest more in education, and take concerted action to ensure that technology serves people and their rights.

Member States set the 2020-2022 budget at $534.6 million (an increase of 3%). These signals are particularly encouraging given the concerning situation in 2017, which was affected by a reduced budget and the refusal of some States to pay their mandatory contributions. Significant progress has been made since then: almost all contributions have been paid, and voluntary contributions increased by 41% to $161 million in the first half of 2019.

This renewed confidence was visible in the spirit of consensus that prevailed during meetings. Consensus is UNESCO’s preferred mode of decision-making for all topics, even the most sensitive.

Through the mediation of the Secretariat, resolutions on the Middle East were once again taken by consensus, with the support of all parties concerned.

At the opening of the General Conference, United Nations Secretary General António Guterres warned against the fracturing of the international community, stating that “UNESCO’s work [was] central to bringing the world together.” For Audrey Azoulay, “contemporary challenges […] cannot be confined within territorial boundaries. The only lasting solutions are cooperative, solidarity-based and multilateral.” 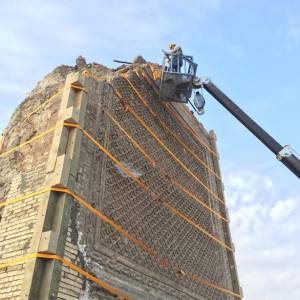 UNESCO is once again a unique venue for international relations.

Few organizations so successfully incarnate the benefits of cultural diplomacy, as seen in the Revive the Spirit of Mosul initiative, which seeks to rebuild the buildings and social fabric of this war-torn city.

UNESCO is also unique due to its method, which is both intellectual and normative. As a forum for the international community, decisions are scrupulously discussed and negotiated before being translated into the common language of international law.

“The world needs more UNESCO, not less UNESCO. This is the clear signal sent by this General Conference. The importance of the Organization’s mandate is visible in its initiatives on the ethics of artificial intelligence, the education of refugees and Open Science, which are being implemented within a consolidated political and budgetary framework, following the first budget increase adopted for 20 years. This is a salutary turning point for UNESCO,” said Audrey Azoulay.