The European Union as Partner of UNESCO

In the framework of their Memorandum of Understanding signed in 2012, the European Union and UNESCO have undertaken a number of joint initiatives.

Considered one of its priorities in the field of culture, the European Union actively supports the protection of cultural property and the fight against its illicit trafficking and cooperates closely with UNESCO and other international partners to strengthen the regulatory environment.

The project is supported by the Directorate-General Education, Youth, Sport, and Culture (DG EAC) of the European Commission.

As delineated on its webpage, the European Commission is responsible for taking measures to ensure both that the evidence-base for its policymaking is sound, and that it can, in concert with other international organizations, develop effective measures to tackle the issue.

In the field of illicit trafficking of cultural property, the Commission has identified several pressing issues, such as:

This ongoing EU-UNESCO project builds upon and complements the two previously undertaken projects (see below Previous EU-funded Projects ) by broadening their geographical scope from the EU Member States to Western Balkans and European Neighbourhood Instrument (ENI) South Partner countries, and by addressing a wider range of key professional groups, including:

The overall objective of the initiative is to reduce the illicit trafficking of cultural property in the EU and beyond by reinforcing the skills of key professionals and by stimulating new synergies between source, transit and destination countries.

The project is both professionally crosscutting and inter-regional in its approach, and features the following activities:

Project implementation is ongoing since 2019.

Cultural heritage in the Western Balkans is threatened by theft, illegal excavation, illegal appropriation and export, while also still suffering from the legacy of conflicts in the 1990s. Moreover, the region has progressively become an area of transit for objects of unlawful provenance from other geographical regions, and especially the Middle East. The protection of cultural heritage from illicit trafficking and the return and restitution of stolen and illegally exported assets require substantial improvements in the Western Balkans, especially in terms of institutional and professional capacities.

In line with the EU Western Balkans Strategy, this project’s overall objective is to foster regional cooperation, reconciliation and good neighbourly relations through heritage and culture. The project also includes a component dedicated to improving the security of cultural heritage sites and buildings, as well as to providing technical assistance and policy advice at national level.

The project will benefit the following UNESCO Member States: Albania, Bosnia and Herzegovina, Montenegro, Republic of North Macedonia, and Serbia. The main beneficiaries of the project will be key institutional partners, namely authorities and individual officials from the ministries of culture, justice, home affairs (i.e. police forces) and custom agencies, as well as museum professionals, heritage site managers, private operators of the art market and the civil society at large.

The project, funded by the European Commission (DG NEAR / DG EAC), is implemented by UNESCO through the UNESCO Regional Bureau for Science and Culture in Europe (Venice) and its Antenna in Sarajevo. Its implementation period will indicatively last 36 months. 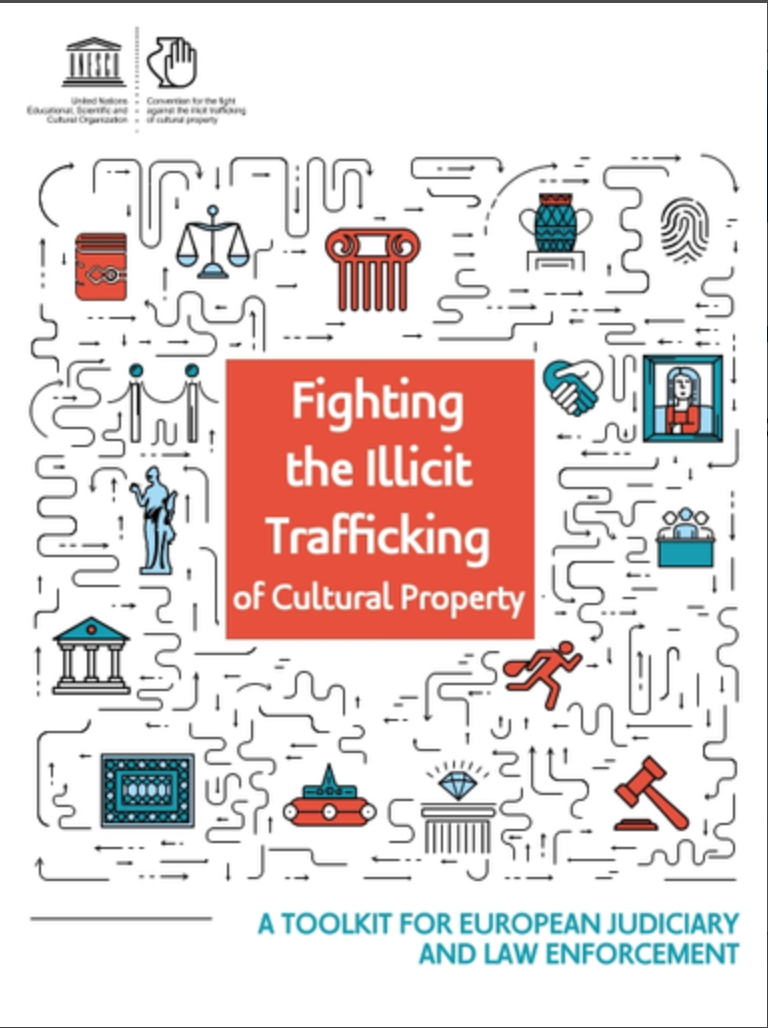 This joint UNESCO - EU initiative contributed to raising awareness of European judiciary and law enforcement officials of the existing international legal framework and practical tools to fight the illicit trafficking of cultural property. By doing so, it also reinforced the capacity of European Union Member States to protect cultural heritage within and beyond their borders in a more efficient way.

The project provided magistrates, lawyers, judges, prosecutors, police officials and customs agents with a Toolkit “Fighting the illicit trafficking of cultural property: a toolkit for European judiciary and law enforcement”, as well as with training through e-learning modules.

In closing the project, a first training workshop brought together European judicial and law enforcement officials and experts in the fight against illegal trafficking of cultural property at UNESCO Headquarters in Paris in November 2018.

The project “Engaging the European art market in the fight against the illicit trafficking of cultural property” contributed to strengthening the capacities of European art market stakeholders in their application of due diligence when dealing with cultural objects. This joint initiative from UNESCO and the European Commission further helped to sensitize public and private art market actors from European Union (EU) Member States to the necessity of protecting cultural heritage and to the implications of the illicit trade regarding terrorism financing, organized crime, and money laundering.

A two-day conference held in March 2018 at UNESCO Headquarters brought together representatives from EU Member States’ governments, regional interest groups, and professionals and provided capacity-building by experts and representatives from UNESCO and its institutional partners in the fight against the illicit trafficking of cultural property.

Emergency Safeguarding of the Syrian Heritage

With increasing evidence that illicit trafficking of cultural property is used to finance terrorism and related money-laundering, the protection of cultural heritage has also become a security imperative worldwide. The European Commission’s Action Plan of 2 February 2016 to strengthen the fight against terrorist financing aims at disrupting terrorist financing from illicit trafficking of – among others – cultural property and thus also contributes to protecting cultural heritage at risk from transnationally organized crime.

Recently, the Commission’s Communication on an Action Plan for strengthening the fight against terrorist financing recognized that terrorist groups use illicit excavations of archaeological sites to obtain cultural goods as a source of income.

The ongoing UNESCO-EU cooperation directly supports the implementation of the EU legal framework, in particular the Directive 2014/60/UE on the return of cultural objects unlawfully removed from the territory of a Member State adopted in 2014. The provisions of this Directive, which is a recast of Directive 93/7/EEC and which amends Regulation (EU) No 1024/2012 on the Internal Market Information System, are applicable since 19 December 2015.

Finally, the ongoing UNESCO-EU cooperation benefits from existing networks and platforms such as EU-CULTNET created by the Council of the European Union in October 2012 for the purpose of preventing and combatting crime related to cultural property. The present project is in full coherence to EU-CULTNET’s role and mandate in that it also aims to strengthen coordination among law enforcement, cultural authorities and private organizations, through peer-to-peer learning and web-based resources.

On 26 June 2020, UNESCO held an Online Expert Meeting to discuss increased looting and illicit trafficking in cultural property during the COVID-19 lockdown.

The ongoing EU Horizon-2020 project NETCHER (NETwork and digital platform for Cultural Heritage Enhancing and Rebuilding) addresses the challenge of harmonizing the existing digital initiatives focused on the protection of endangered cultural heritage and the fight against the illicit trade, with the aim of establishing a structured social platform online.