The Dakar Office was originally created in 1970 to address educational planning in sub-Saharan Africa.

The Office has gradually extended its activities to other areas of educational development, eventually covering the whole of the education system as well as other areas of UNESCO's competencies (Natural Sciences, Social and Human Sciences, Culture, Communication and Information).

Until 2014, the office functioned as the Regional Office for Education, coordinating UNESCO's education program throughout Sub-Saharan Africa, today it is a regional office covering seven West African countries.

UNESCO's mission in Dakar is to:

in Economics with a specialization 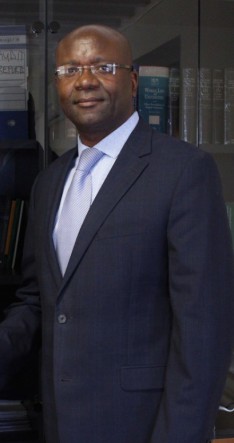 in econometrics from Laval University (Canada), as well as a Bachelor's degree in Wood Science and Engineering, from the same institution.

Mr. Sanga began his professional career in 1999, teaching of micro and macroeconomic sciences at the University of Ottawa (Canada), in parallel with a career as a statistician economist (1999-2004) with the Canadian Government.

In 2005, he joined the United Nations Economic Commission for Africa - UNECA (Addis Ababa, Ethiopia), where he held several positions until 2013, including Director of the Statistics Division, where he formulated and oversaw the programs of the African Statistics Center.

Before joining Dakar, he had been, since September 2013, the Director and Representative of the Sub-regional Office for West Africa of the United Nations Economic Commission for Africa based in Niamey (Niger). In this capacity, Mr. Sanga provided intellectual and political support to the fifteen member countries of the Economic Community of West African States (ECOWAS) in their efforts for economic and social development, regional integration and strengthening cooperation in West Africa.

The Assistant to the Director is Mrs. Ramatoulaye Diop Diagne (rdiagne@unesco.org)