Panel discussion: "What makes us human?" 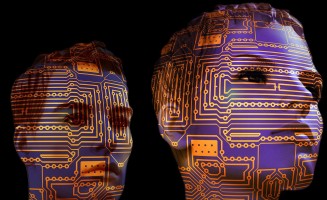 On the initiative of the French Commission for UNESCO, and jointly organized with UNESCO's Management of Social Transformations (MOST) Programme, a round table on the philosophical perspectives of Artificial Intelligence will take place on 21 November on the occasion of World Philosophy Day (Room XI from 1.30 pm to 2.45 pm).

This round table will focus on the theme "What makes us human?" and will be moderated by Mr. John Crowley, UNESCO and Mr. Christian Byk, Chair of the Intergovernmental Bioethics Committee, who will discuss with the following guests:

It is indeed necessary to begin this reflective process, which is also constitutive of our humanity, to understand and consider these fundamental transformations. The question of artificial intelligence is a reflection of our current projections on the future (whether it be real or fantasized) and thus offers the opportunity to return to the heart of our humanity, whose vision is already changing.

How can we characterize human nature and separate man from other living animals? What makes our singularity?

The philosophical tradition has proposed different criteria: the hand (Anaxagoras), politics (Aristotle), language, but it is the use of reason (Aristotle, Descartes) that seems to have ultimately prevailed ... However It should be remembered that the virtue of leading his life "under the guidance of reason" (Spinoza), the Greeks and Romans did not extend it to slaves or barbarians. It was due to Christianity that this constitutive character of our essence was granted to all men. But the Christian distinction between "fallen humanity" and "regenerated humanity" opened the acquisition of perfectibility by reason only to the latter. It is then the philosophy of the Enlightenment which, detaching human nature from the idea of original sin, fully encapsulated this nature in a historical dimension, that of perfectibility.

What should we think about the influence of technologies that today give man a greater longevity or a better quality of life, or even provide him with tools to expand his knowledge or assist him in his activities?

Does it extend the dynamics of Enlightenment philosophy, as believed Julian Huxley, the first Director-General of UNESCO? On the contrary, does it open the way for a post-humanism that, relying on AI, free man from his body envelope as his earthly presence?

If we are indeed at a turning point in human history, it might be a good idea to take a step back and ask these fundamental questions about our own nature.