A better understanding of the Earth is essential for the diversity of life and the future of human society.

People and volcanoes have been intimately linked since the begining of time. All over the world, men have accommodated the anger of the Earth but have also been able to take advantage of the benefits of volcanoes. Little by little, these once inexplicable phenomena entered the culture and the life of those who live at their feet. Sometimes the abodes of the gods, sometimes taboo places, volcanoes crystallize the fragile balance that governs the place of mankind on this living planet that is Earth.

More than a simple trip to the four corners of the world to discover this fused relationship between men and volcanoes, Arnaud Guérin, a geologist specializing in volcanoes and professional photographer, looked for stories that allow us to better understand what volcanoes are, going beyond idealized representations of the mountains of fire and discovering how we can live at the foot of these giants with an eruptive and unpredictable character.

UNESCO is the only United Nations organization with a mandate to support research and capacity in geology and geophysics, and the International Geoscience Programme (IGCP) is its flagship.

IGCP serves as a knowledge hub, it finances research projects, facilitates international scientific cooperation in the field of geosciences, promotes the sustainable use of natural resources and develops new initiatives in geo-diversity and geo-heritage, as well as in geohazards.

The new Bureau of the Intergovernmental Council of UNESCO’s Management of Social Transformations (MOST) Programme will meet at UNESCO Headquarters (Miollis) in Paris, on 27 and 28 February 2020.

- Review of the MOST Action Plan and further initiatives (2021-2021)
- Oral report by the MOST Scientific Advisory Committee
- Monitoring of the Recommendation on Science and Scientific Researchers
- Proposal for the establishment of BRIDGES as a MOST sustainability science coalition
- General History of Africa
- The Silk Roads
- Sultan Bin Abdulaziz programme to strengthen Arabic language at UNESCO
- Review of revised MOST Statutes and Rules of Procedures
- Preparation of the Extraordinary Session of the Intergovernmental Council, September 2020
- Discussion of draft decisions and recommendations

The working languages will be English and French as per Rule of Procedure 15.

The meeting will also be open to IGC members, which are not members of the IGC Bureau, as observers.

Mobile Learning Week (MLW) is the United Nations’ flagship event on Information and Communication Technology (ICT) in education, and has been organized by UNESCO and its partners for eight years consecutively.

The 2020 edition of MLW will be held from 2 to 6 March 2020 under the theme Artificial Intelligence and Inclusion. It is designed to steer the use of Artificial Intelligence (AI) towards the direction of inclusion and equity in education – core values underpinning the Sustainable Development Goals (SDGs) and digital opportunities for all.

UNESCO is organizing the launch of the Dynamic Coalition for the Open Educational Resources (OER) Recommendation on 2 March 2020 at UNESCO Headquarters, Paris, during Mobile Learning Week.

The Dynamic Coalition will aim to expand and consolidate commitments to actions and strategies as well as reinforce international cooperation among all stakeholders in the 4 areas of the UNESCO OER Recommendation: i) Building capacity of stakeholders to create, access, re-use, adapt and redistribute OER; ii) Developing supportive policy; (iii) Encouraging inclusive and equitable quality OER; and (iv) Nurturing the creation of sustainability models for OER. 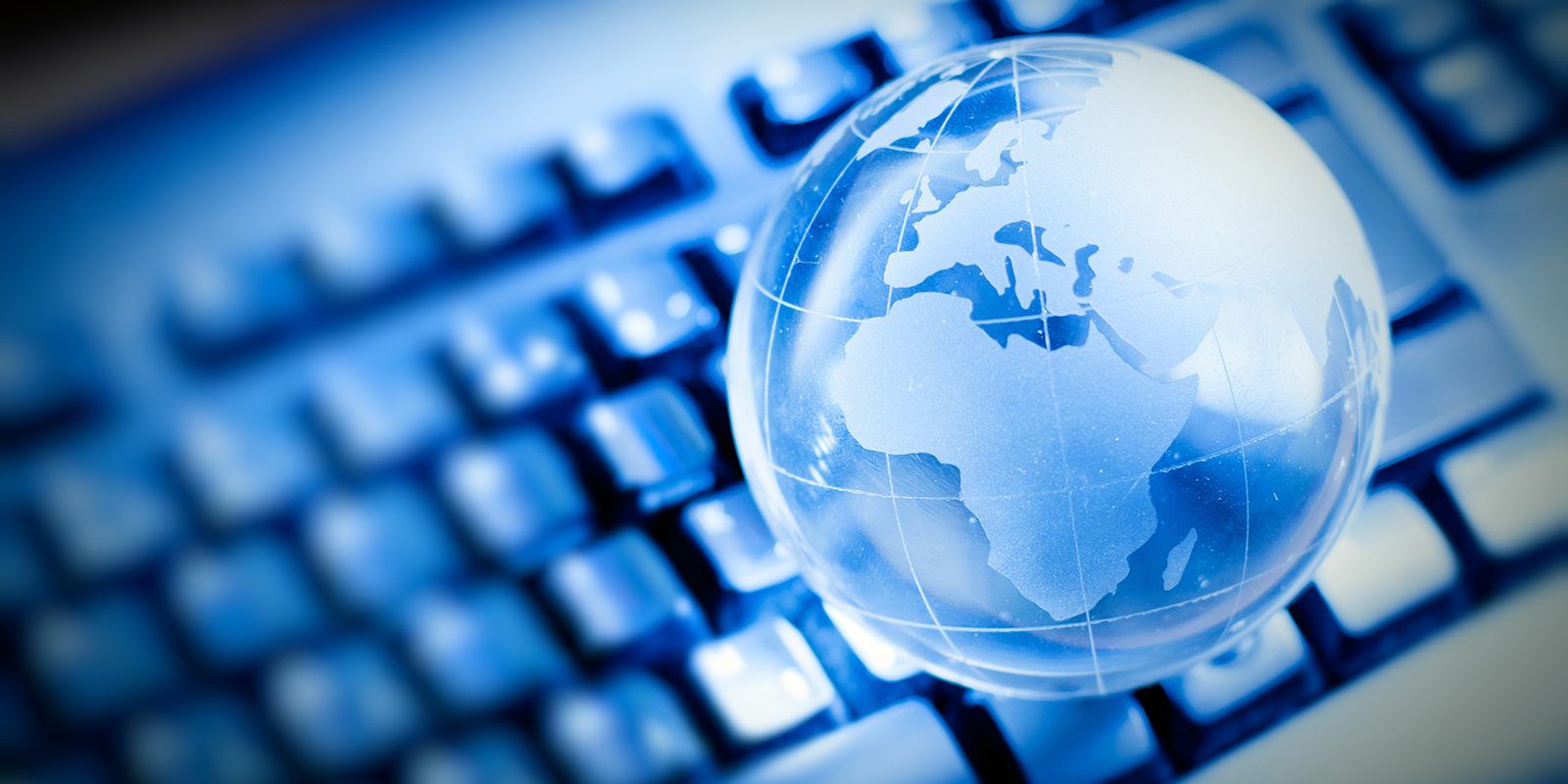 Following the approval by the 40th session of the UNESCO General Conference, through 40 C/Resolution 53, of the revised Statutes of the Intergovernmental Council for the Information for All Programme (IFAP), and in accordance with Article 6 of the said Statutes, an extraordinary session of the IFAP Council will be held with the objective to constitute the IFAP Bureau. The meeting is scheduled to take place in Room XI (Fontenoy Building) from 3.00 p.m. to 6.00 p.m. on Monday, 2 March 2020.

The meeting will be chaired by Mr. Moez Chakchouk, Assistant Director-General for Communication and Information, who will participate on behalf of UNESCO Director-General Audrey Azoulay. Following the election of the Bureau, as a point of information, the Secretariat will present the questionnaire through which IFAP Members can contribute to the Director-General’s reflection of UNESCO’s Strategy, Programme and Budget. This is aligned with recommendation 74 of the Working Group on Governance (39 C/Resolution 87) regarding the opportunity for UNESCO's International and Intergovernmental Bodies (IIBs) to input into the draft C/4 and C/5 documents.

Simultaneous interpretation of the event will be provided in both French and English. 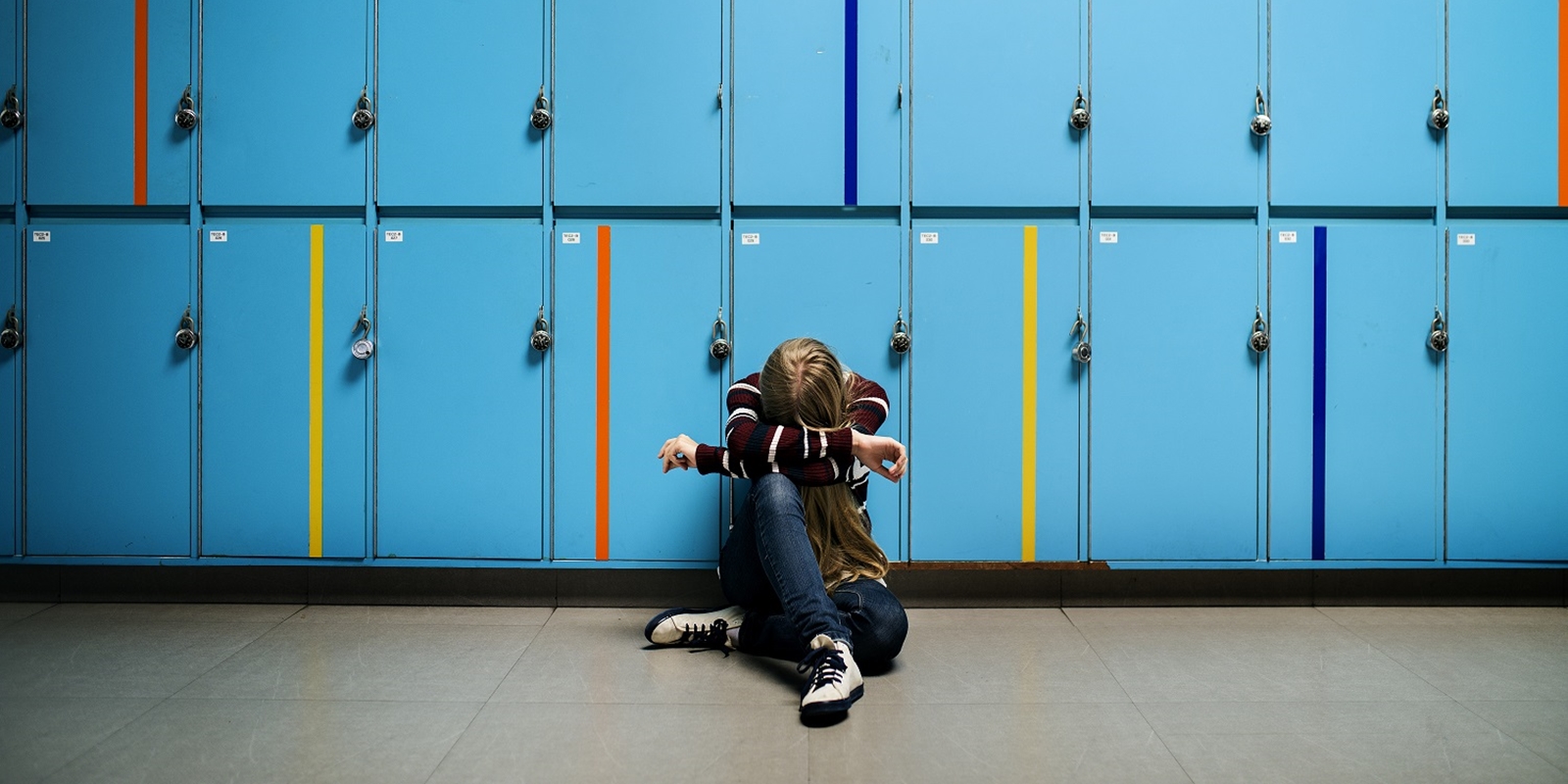 Join the next IIEP-UNESCO Strategic Debate on how to make schools a safe place by preventing school violence and bullying.
International statistics report that one in three students is regularly bullied by his/her peers at school. School violence is a complex and multifaceted phenomenon. It includes physical, psychological and sexual violence between peers including bullying and cyber-bullying, as well as violence perpetrated by teachers. School violence and bullying have major consequences: they strongly affect student learning and can lead to absenteeism, dropout, depression and suicide.

The forthcoming IIEP Strategic Debate intends to take stock of what is known in terms of international and national trends and existing causes. It will focus on how to prevent school violence and the respective responsibilities of political leaders, education actors (Ministries of Education, inspectorates, heads of schools, parents, teachers), but also civil society organizations.

Michaela Martin, Programme Specialist at IIEP-UNESCO, will moderate the debate.

This event will be conducted in both English and French languages, with simultaneous interpretation. The Debate will be followed by a cocktail at 6 pm.

Not in Paris? We will be livestreaming this debate in both English and French. Make sure to register here to receive a reminder and link to the web cast.

UNESCO in close collaboration with its partner the World Federation of Engineering Organizations (WFEO) is planning to host the inaugural celebration of the World Engineering Day at UNESCO Headquarters on 4 March 2020.

UNESCO and its engineering partners are planning to hold a conference on the importance of engineering in achieving the Sustainable Development Goals (SDGs) with several sessions, panel discussions, keynote lectures, presentations and workshops for young people interested by engineering.

Moreover, this event will be an opportunity to present the second UNESCO Engineering Report to the engineering community for a soft launch. 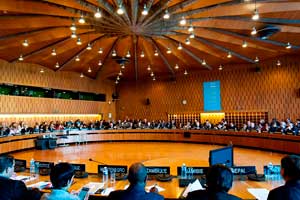 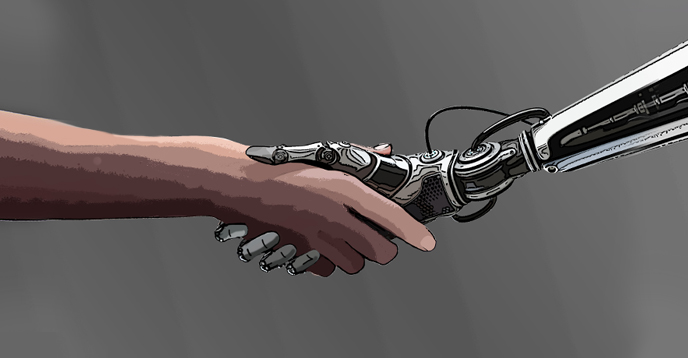 UNESCO’s publication in March 2019 of I’d Blush if I Could: closing gender divides in digital skills through education has helped spark a global conversation on the gendering of AI technology and the importance of education to develop the digital skills of women and girls.

To celebrate the 2020 edition of International Women’s Day, UNESCO is taking the conversation further by looking at what concrete actions the private and public sector should take in order to ensure that AI is part of the solution, rather than part of the problem, in global efforts to achieve gender equality.

Please click here to know more about this Conference. 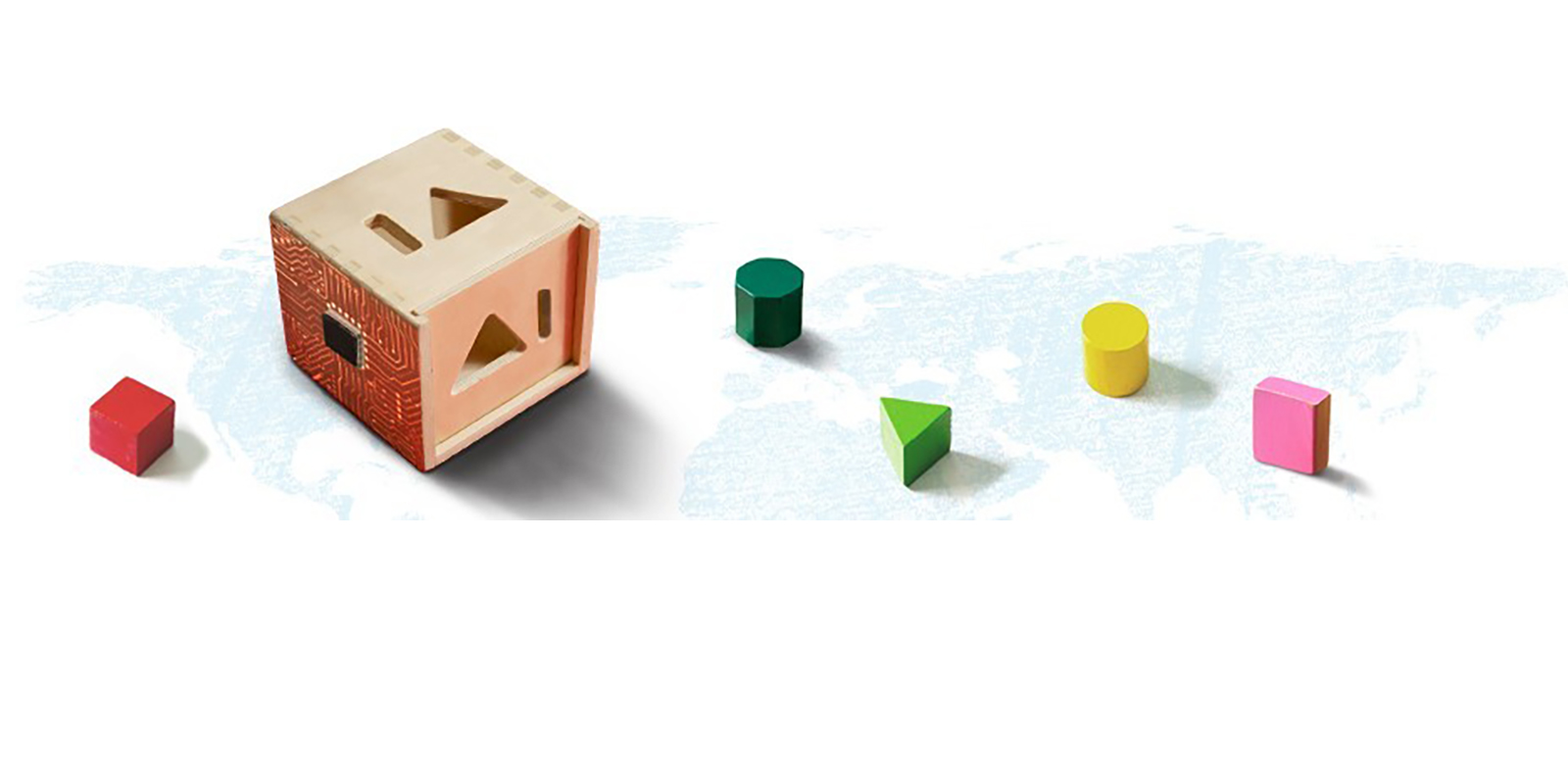 UNESCO’s publication in March 2019 of I’d Blush if I Could: closing gender divides in digital skills through education has helped spark a global conversation on the gendering of artificial intelligence (AI) technology and the importance of education to develop the digital skills of women and girls.
To celebrate the 2020 edition of International Women’s Day, UNESCO is taking the conversation further by looking at what concrete actions the private and public sector should take in order to ensure that AI is part of the solution, rather than part of the problem, in global efforts to achieve gender equality.
At Headquarters, UNESCO’s is organising the High-Level Conference: “Gender Equality and the Ethics of Artificial Intelligence: What solutions from the private sector?”. It will take place on Saturday 7 March 2020, from 9:30 to 4:30pm. To find out more about this event, please visit the conference website: http://en.unesco.org/IWD2020

To celebrate International Women’s Day, UNESCO invites you to its high-level conference: “Gender Equality and the Ethics of Artificial Intelligence: What solutions from the private sector?”. The event will take place on Saturday 7 March 2020, from 9:30 to 4:30pm.
The conference comes as a follow-up to UNESCO and EQUALS’ publication in March 2019 of
I’d Blush if I Could: closing gender divides in digital skills through education. This report features recommendations on actions to overcome global gender gaps in digital skills, with a special examination of the impact of gender prejudice coded into some of the most prevalent artificial intelligence applications.
The recommendations concerning AI’s gender biases are urgent in light of the explosive growth of digital voice assistants such as Amazon’s Alexa and Apple’s Siri. Almost all voice assistants are given female names and voices, and express a ‘personality’ that is engineered to be uniformly subservient. The gendered submissiveness and servility expressed by so many of these ‘female’ digital assistants illustrate the gender biases coded into AI products. As I’d Blush if I Could explains, these biases are rooted in stark gender imbalances in digital skills education and in the gender imbalances of the technical teams developing frontier technologies.
The outcome of this conference will feed into UNESCO’s efforts to develop a global normative instrument on the ethics of artificial intelligence, in line with its mandate unanimously decided upon by Member States at the 40th session of its General Conference in November 2019.
The event will be followed by the inaugural meeting of the Exponent Roundtable, a Google initiative which consists of a small group of people inside and outside of Google that are working with the private sector to advance gender equality efforts globally.
Objectives of the conference
Bringing technology sector leaders, representatives of Member States, civil society and academia together to share their insights and experiences on opportunities, challenges and best practices to:
• overcome the built-in gender biases found in AI devices, data sets and algorithms
• improve the global representation of women in technical roles and in boardrooms in the technology sector
• create robust and gender-inclusive AI principles, guidelines and codes of ethics within the industry

To find out more about this event, please visit the conference website: http://en.unesco.org/IWD2020

UNESCO, in partnership with IPS Academy – Citizens’ Platform, organizes a day-long event on climate change disinformation with the aim to examine available measures from both demand and supply sides of information, and to initiate multi-stakeholder and technology assisted solutions in this domain.

UNESCO has a dual mandate on creating and disseminating accurate climate change information to its Member States and the public. This event will offer an opportunity to understand the existing state of affairs on proliferation of climate change disinformation, spurring information consumers to be more critical in their assessment of information, and encourage the dissemination of verified information through the application of innovative practices.

Information session at which ADG/ED Ms Stefania Giannini will provide an update on the Futures of Education initiative from 10:30-12:00 on Monday, 9th March 2020 in Room IX at UNESCO Headquarters, Paris, France.
UNESCO launched the Futures of Education initiative to reimagine how knowledge and learning can shape the futures of humanity in a context of increasing complexity, uncertainty and precarity during a high-level event at the United Nations General Assembly in September 2019 in New York.

An International Commission consisting of eminent thought-leaders from multiple fields of expertise, was mandated to develop a flagship global report on the Futures of Education for release in 2021 under the leadership of the President of the Federal Democratic Republic of Ethiopia, Her Excellency President Sahle-Work Zewde. The first meeting of the Commission took place on 28-29 January 2020 at UNESCO with the aim of taking stock of the global situation in education today and what can be predicted for 2050 and beyond.

The initiative also aims to catalyze a global debate, therefore a set of on-line platforms were launched recently on the website inviting people from all over the world to offer their opinions and visions for the futures of education.