The Mornington Peninsula and Western Port Biosphere Reserve includes the whole of Mornington Peninsula Shire and parts of the City of Frankston, as well as coastal areas of the municipalities of Casey, Cardinia and Bass Coast including Phillip and French Islands. Western Port, which is also a Ramsar Site, consists of a coastal embayment incorporating vast and relatively undisturbed mudflats with salt marsh vegetation. It is considered an internationally important feeding and roosting area for numerous species of summering

waders, many of which are listed under the bilateral Migratory Birds Agreements (with China and Japan). The site periodically supports over 10,000 waders and 10,000 ducks and swans, and a rich invertebrate fauna of some 1,380 species. 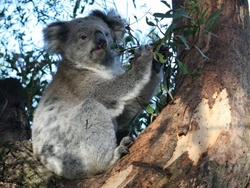 The coastline and hinterland of the Western Port catchment support some of Victoria’s most valuable natural areas. Western Port is representative of marine and coastal habitats (particularly intertidal habitats) that are only rarely found on the southern Australian coast at this scale. In addition to coastal wetlands, there are a number of inland swamps that represent important habitats and ecosystems and support a wide range of native fauna.

Many plants in the Western Port region are known to adapt to subtle differences across sites, and significant genetic variation has been demonstrated in certain species from site to site. Unusual flora and fauna communities may also be found in remnant pockets of vegetation (both large and small) and even some of the smaller, more limited sites have been recognized for their botanical or zoological significance. Floristically unusual, rare communities and rare plants can still be found within the region. For example, over 60 species of orchids and 10 species of eucalypts can still be found on the Mornington Peninsula.

Australia has a unique mammal population of which many are shy and nocturnal, often making it difficult to detect their presence or estimate numbers. These mammals include the koala (Phascolarctos cinereus), the wombat (Vombatus ursinus), the eastern grey kangaroo (Macropus giganteus), the swamp wallaby (Wallabia bicolor) and the Australian fur seal (Arctocephalus pusillus). However, almost 50% of terrestrial mammals native to Victoria have been recorded in the Western Port catchment area. 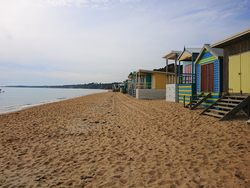 Intensive commercial shipping occurs throughout the biosphere reserve. In addition, human activities such as commercial fishing, livestock raising, land clearance (including its impact on water quality) and the enormous demands made on the marine environment make it vital to promote the sustainable use of resources within the area.