Mexico is one of the most culturally diverse countries in the world, and more than 12 million people speak 68 indigenous languages. However, despite this cultural richness, many of the indigenous languages are at risk of disappearing. The media, and in particular the radio, constitute a powerful tool to promote local identities and languages. In this context, the cultural and creative industries (CCIs) are a driver of sustainable development and play a key role in promoting indigenous cultural identities, languages and even freedom of expression.

Within the Mexican media, a group of people including an indigenous communicator, a radio operator and a journalist are willing and eager to contribute to the radio industry in their own way, as they work with the aspiration to transform the world for the better. These people stand out for seeking to generate an impact on individuals who often feel excluded by the mainstream media, as is the case with indigenous communities like the Totonacas in Teocelo, Veracruz. This is how José Elfego, a member of “Radio Comunitaria Teocelo”, perceives it:

I believe that through my radio, people exercise their right to information, the right to recognize and ask questions, the right to communicate, always with absolute freedom of expression which is synonymous with democracy and development. 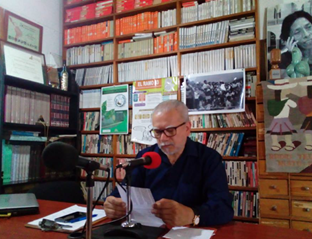 José Elfego de Jesús Riveros /Source: Facebook “La Fábrica del Agua”
Fortunately, the radio station where José works is not the only one with the goal of making indigenous communities visible. Radio Huaya, located in Huayacocotla, Veracruz, seeks to be a daily space where the native communities can be supported in their search for a dignified life, strengthening their collective thinking and actions. The radio station's mission is reflected in the motivation that one of its members feels when he decides to get up early and go to work. 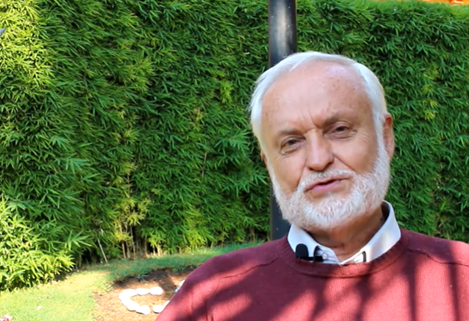 Sergio Cobo/ Source: Fundación Loyola
Indeed, Sergio Cobo is passionate about sharing and supporting communities, both in the production of materials that have to do with the history, music and traditions of the communities as well as in the struggle for the defense of their territory and culture. To be precise, more than 600 thousand people have listened to Radio Huaya streaming its messages, across 65 towns where  Nahua, Tepehua and Otomí concerns have been central not just in raising awareness but in fostering mobilization and activism as well.

Another person passionate about his work is Rubén Martínez Pérez, who is in charge of presenting the news at Radio Comunitaria Mixe. He shares this passion for working for indigenous creativity, claiming:

Being involved in a radio station by and for indigenous communities is giving a voice to those who for many years did not have the opportunity to listen and be heard.

For these radio stations to continue doing their respective work and adding value to their communities, it is essential to have an adequate support. This is why UNESCO launched the project "Designing policies to support indigenous and community media in Mexico and incorporating indigenous content in public and commercial media", thanks to the generous funding of the EU. The initiative constitutes a clear example of intersectoral cooperation within UNESCO as highlighted by Karla Prudencio, one of the members of the project team:

Plurality and diversity are not only necessary, they are now urgent needs, in order to be able to present different narratives and voices amidst the health crisis and thus provide adequate responses, avoiding external, imposing and centralist visions.

One of the greatest achievements of the project has been the creation of alliances among various actors of the National Team, which is composed of lawyers, research professors, experts in the right to information and media, communication scientists and others. These alliances have resulted in an exchange of ideas and in the establishment of agreements to contribute to the enhancement of cultural rights. Furthermore, one of the project’s key outcomes has been the development of a simplified public procedure for granting licenses to indigenous and community radios.

Further, new regulation has been devised and implemented to integrate indigenous inputs into commercial and public media. This has in turn resulted in wide dissemination of artistic creativity, amplifying voices by giving one to those who never before had the chance to communicate their situation. Therefore, this has fostered the diversity of cultural expression across the country.

Thus, the project has had a positive impact on the lives of its beneficiaries. In Rubén's case, he believes that the surrounding environment also benefits from the project's outreach:

It provided us with working tools for the work process and made us realize even more the importance of the radio in its social function, legitimizing our communicative, organizational and community practice, knowing that today we can count on institutional support. 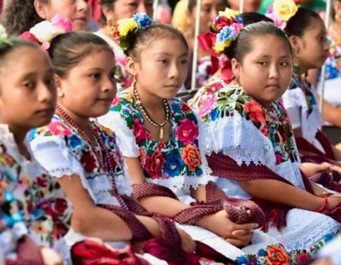 Rubén intends to systematize these achievements as he dreams about producing a guide on how to design and operate a community media where the community is involved as the driving force of the communication project.  As for Sergio, the project has had an impact in terms of broadening his horizons. He believes he has enlarged his knowledge of intercultural radio by exchanging and learning from the opinions of other professionals in the sector, convinced that the opportunity is timely, necessary and strategic.

Furthermore, a committee composed of indigenous representatives, community leaders and public media has launched a Declaration of Principles for Cultural and Linguistic Diversity in the Media. This milestone document has led to collaborative actions between different broadcasting channels and given a voice for the first time to previously excluded indigenous communities to express their creativity. Likewise, spaces and roundtables for dialogue have been created between government bodies, organizations and indigenous communities to explore aspects related to connectivity, infrastructure and content preservation, among others.

Making the strengths acquired in the project become visible can help other groups to break through in the midst of so many difficulties and shortcomings.

The fruits of the hard work of those involved in this project are poised to last for long. And this is indeed a reason to celebrate. Indigenous communities are now able to rely on their radio as their ally and secure a venue to give expression to their culture and their creative drive. Thanks to the Declaration and other outcomes of UNESCO’s assistance, indigenous communities can openly discuss issues relevant to them as well as reach general audiences to better communicate their concerns and their situation. As vibrant as the diversity of cultural expressions of Mexico’s indigenous communities, the new radio channels will continue to broadcast their powerful impact across the country. And in this way, this wealth of artistic variety will remain as long as there are people like José, Sergio and Rubén who are willing to raise their voice which was before tuned down.

This article is part of a series highlighting voices of UNESCO project beneficiaries.

Designing policies to support indigenous and community media in Mexico

Designing policies to support indigenous and community radio in Mexico