The media are producers, distributors, diffusers and mediators of cultural contents. By showcasing local creativity in various forms including films, series, music, dance and plays, media can have a direct and positive impact on artists, their livelihoods, and ultimately the wealth of contemporary cultural life. Promoting diverse, open and empowered media, therefore, is a priority for Indonesia, a country with growing cultural and creative industries (CCIs) and a Party to UNESCO’s Convention on the Protection and Promotion of the Diversity of Cultural Expressions. With the aim of supporting Indonesian creativity through culturally sensitive media practices, more than 50 media professionals gathered in Jakarta to discuss the challenges and opportunities of media diversity in the digital world.

The workshop offered the participants practical tools to advocate for media diversity. Attendees found it eye opening that “media diversity” refers to not only ownership and content regulations, but also staffing and gender equity within the company. The sessions were led by UNESCO’s Expert Facility member Charles Vallerand, and guided by principles of the 2005 Convention, an international legal framework that recognizes media diversity and pluralism as key to sustainable development.

The media should strive for programs that reflect the richness of diverse expressions that Indonesia has to offer.

Four experts from Indonesia also shared their insights in Indonesian media landscape including existing policies, content trend, self-regulations and government monitoring mechanism. Masduki, lecturer at Indonesian Islamic University, shed a light on the overrepresentation of Javanese content in the television. Partly due to the fact that the majority of broadcasting institutions are located in Jakarta, Java, nearly 70 % of content is produced in Java, and the characters portrayed on TV are overwhelmingly Javanese (42.8%). He emphasized that “Indonesia is home to more than 300 ethnic groups,” and that the media should strive for programs that reflect the richness of diverse expressions that Indonesia has to offer. Klara Esti, senior researcher at Center for Innovation Policy and Governance, urged the participants to “measure media diversity through the lens of citizenships, in which diversity refers to the level of heterogeneity of content.” 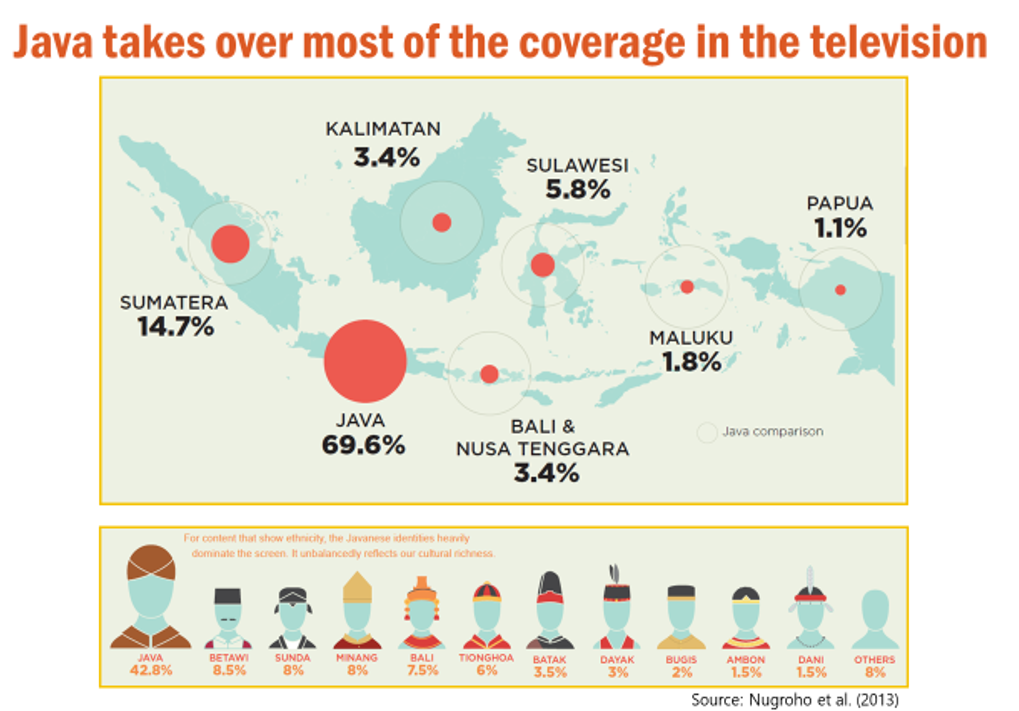 The three-day training also served as a valuable platform of exchange among industry professionals, academics and policy makers. Topics including the decline of traditional media, emerging “over-the-top” media services, and the roles of public and private media were addressed. The challenge of enforcing existing rules that support the media diversity ignited an especially active discussion. Law 5 on Advancement of Culture (2017) which helps create an ecosystem for cultural industry, a 24-hour monitoring mechanism by Indonesian Broadcasting Commission (KPI) which monitors racism, sexism and other forms of discriminations in aired content, and National Law on Press which is a cornerstone of press freedom protection were some examples. Through sufficient means of enforcement and impact assessment, the effectiveness of the current systems for media diversitycan be advanced.

The workshop was co-organized by UNESCO Jakarta and the Directorate General of Culture, Ministry of Education and Culture of Republic of Indonesia. The training is part of UNESCO’s project Reshaping Cultural Policies for the Promotion of Fundamental Freedoms and the Diversity of Cultural Expressions, which assists emerging creative industries in developing countries through innovative cultural policies, funded by the Swedish International Development Cooperation Agency.