Engaging a global discussion on artistic freedom in Ethiopia

“Protect journalists, including press cartoonists, artists, ‘artivists’ and others who are at risk of attack for exercising their right to freedom of expression” – emphasizes the final Declaration adopted in Addis Ababa on 3 May during the World Press Freedom Day 2019. The unprecedented attempt to directly link press and artistic freedom issues reflects the international community’s growing interest in freedom of creation, expression and movement as well as social and economic rights for artists and cultural professionals.

The international day was preceded by a two day national training with over twenty Ethiopian civil society and governmental actors. Held within the framework of UNESCO’s Aschberg programme for artists and cultural professionals, it brought together curators, festival organizers, visual artists, graphic designers, film directors, musicians, as well as members of the National Theatre, the Filmmakers and Producers Associations, the Writers Association, along with senior representatives of the Ministry of Culture and Tourism  and the Intellectual Property Rights Office.

The participants reviewed policies and measures to protect and promote artistic freedom. Amongst the main issues addressed were legal frameworks to support freedom of creation and expression, fiscal measures to improve employment and working conditions of artists, effective regulatory mechanismsn and establishment of a national collecting management society, transparent funding for the arts sectors, and training infrastructures for a new generation of young creators (Read Interview “Wake up Artists” with film director Henok Mebratu). 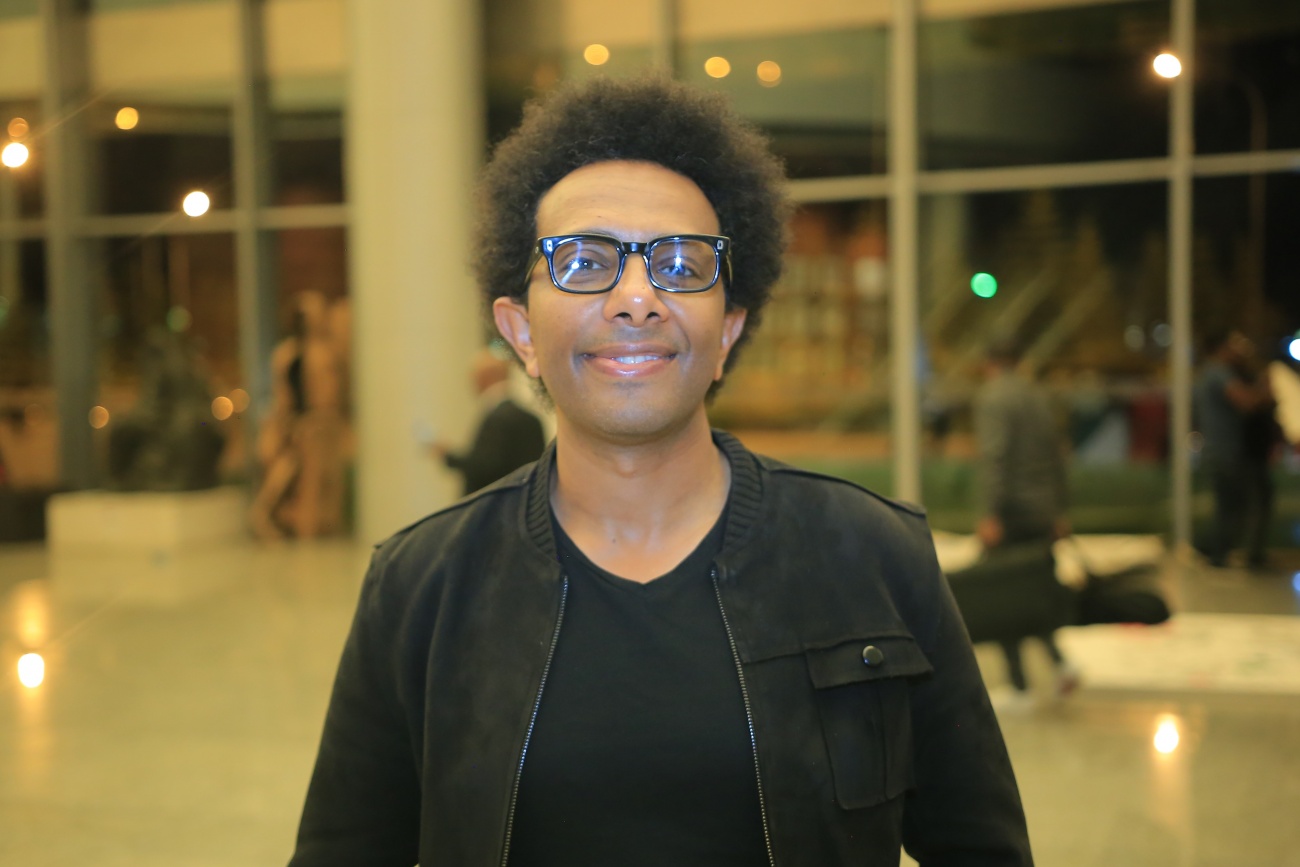 Participants discussed how Ethiopia may respond to the question of artistic freedom as part of the quadrennial periodic report on the implementation of the 2005 Convention on the Protection and Promotion of the Diversity of Cultural Expressions, due in April 2020. The workshop was facilitated by Ole Reitov, founder and former Executive Director of Freemuse, and a member of UNESCO’s Expert Facility for the promotion and implementation of the 2005 Convention.

“The first periodic report submitted in 2016 set a good benchmark, and helped to create a new culture of policy monitoring. The democratic transition is our opportunity to build strong and free creative sectors. Beyond the reporting process, there is a collective engagement amongst artists that needs to be sustained,” underlined one participant.

The workshop was followed by two sessions at World Press Freedom Day held at African Union Headquarters on 3 May.

Artistic freedom and freedom of expression at the tip of the pen, co-organized with Cartooning for Peace culminated with the presentation of a Declaration, calling “for the Recognition of Cartooning as a Fundamental Human Right”. “Working as a Cartoonist is a responsibility”, said Zunar from Malaysia. “We challenge norms and values. Despite the threats, we must continue, and use our art to sustain social debates, sometimes bringing counter-discourses and potential counterweights to existing power centres”. 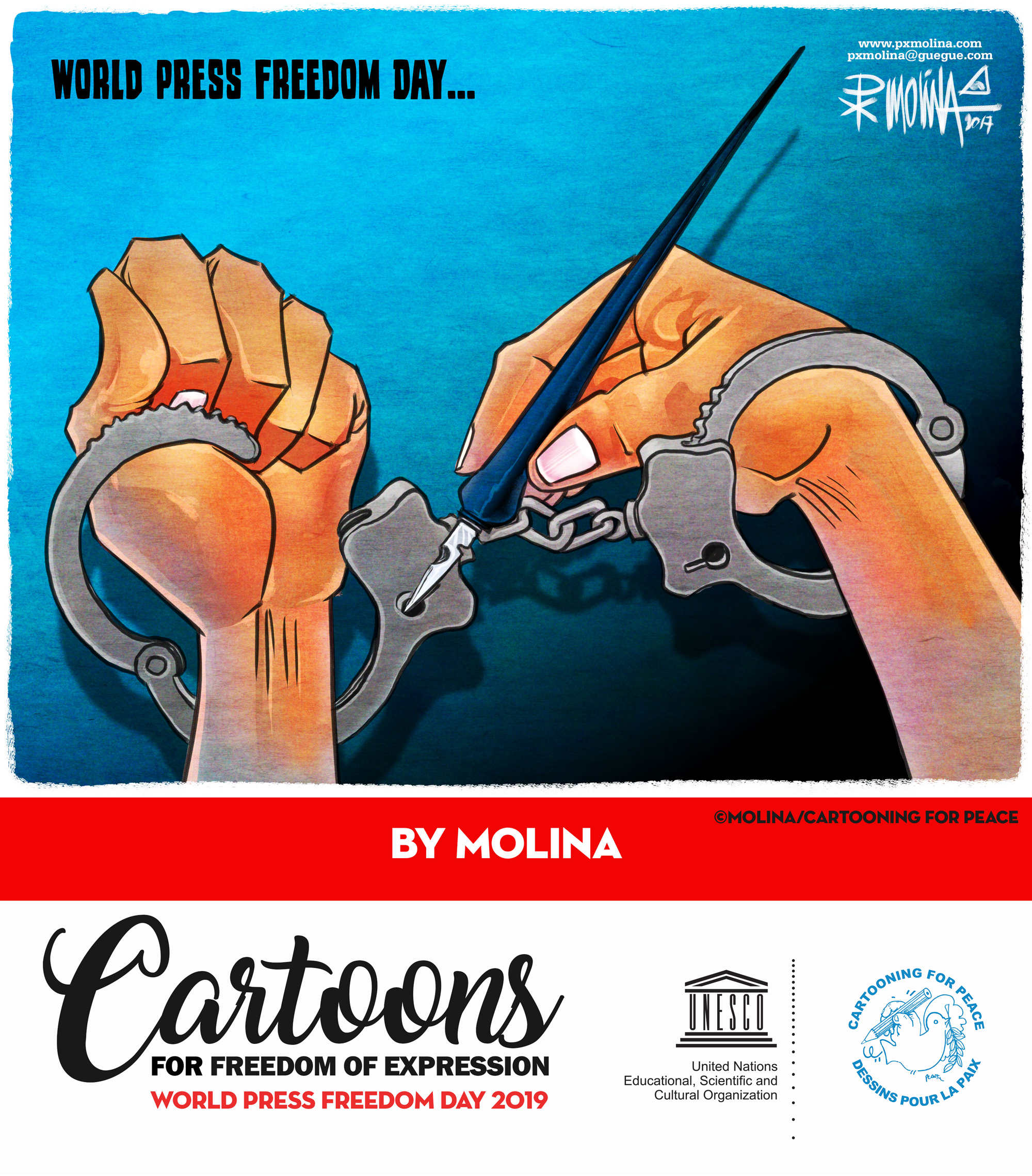 “Expressions, whether artistic or not, always remain protected under the right to freedom of expression. But freedom is never a given. Motivations for restrictions stem from political, religious, cultural, moral or economic interests, and cases of violations are found on all continents”, said Brahim El Mazned.

Danielle Cliche, Secretary of UNESCO’s 2005 Convention, emphasized the need for safe space of dialogue between governments and civil society actors. “Normative frameworks like the 2005 Convention are there to protect and to inspire. Through data collection and policy analysis carried out in the Global Report Re-Shaping Cultural Policies series, we work with all stakeholders to monitor and share innovative practices,” she concluded.

World Press Freedom Day 2019
What is artistic freedom to you? (video)