The fusion of art and public space is at the heart of the project set up by Ekphrasis Studio, a non-profit organization in Albania. The project, Engaging Tirana Communities in Public Art and Politics, has been supported by the International Fund for Cultural Diversity and is now embarking upon its final phase.

"We have seen in recent years that art works in public space were destroyed to create room for new monuments. We wanted to understand the decision-making mechanism in the field of public art. That is what pushed us to implement this project", explains Blerina Berberi, project leader at the NGO.

In order to reclaim public spaces, Ekphrasis Studio organized meetings between artists and community members of Tirana; the team sensed a certain disconnect between the two groups. "The lack of information on public art, especially contemporary art, has been a challenge. We also identified at the meeting that the representation of minority groups is another issue to tackle. An example of this is the poor representation of, the LGBT community. On the other hand, however, the turnout for women was very strong despite the fact that very few works of public art had been produced by women", said Blerina Berberi.

More than 300 hours of training courses followed these public hearings, responding to challenges identified by participants. Encouraging female artists and improving gender balance in public art were a particular focus. 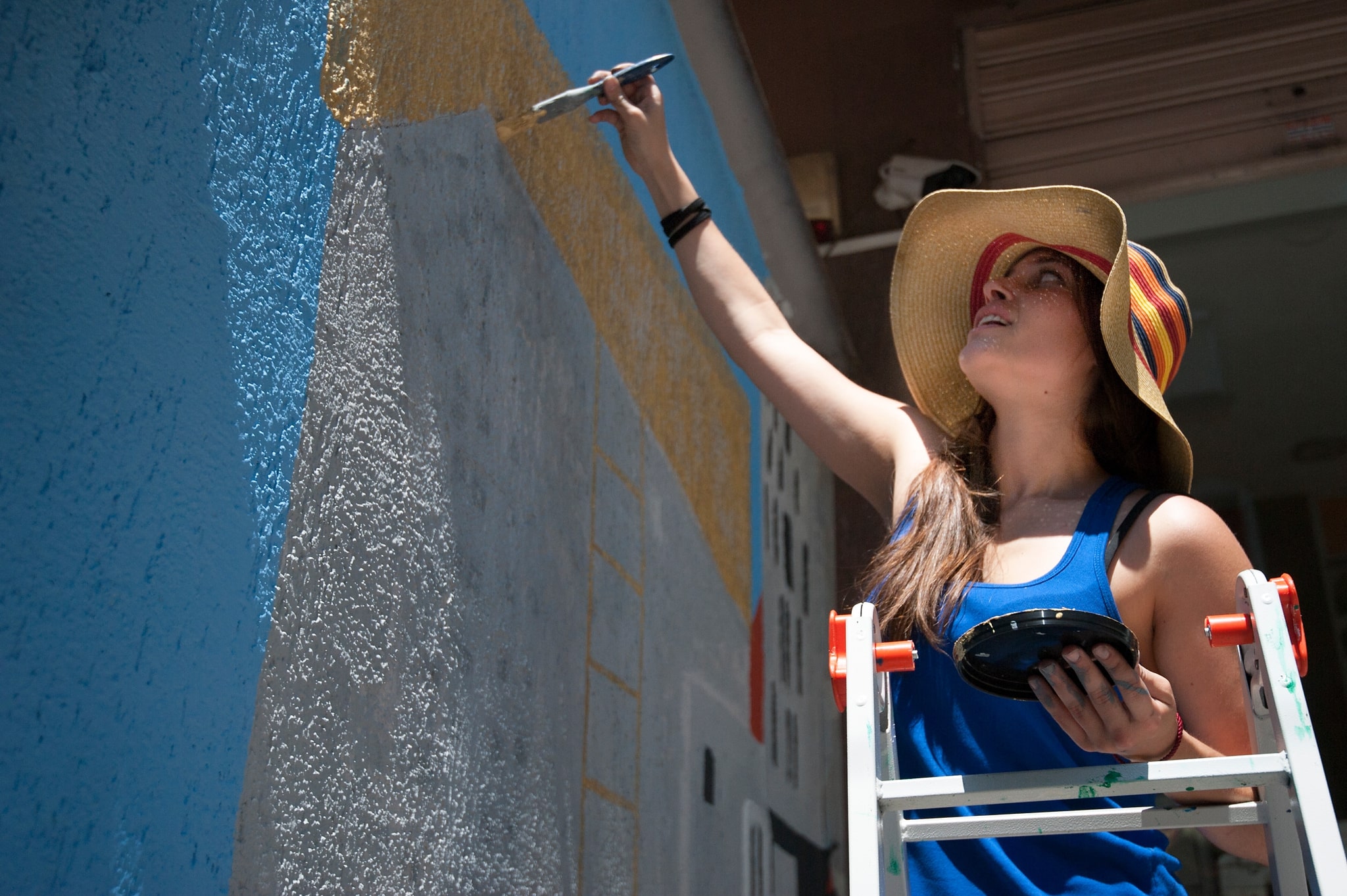 ©Ekphrasis Studio
In addition to addressing immediate concerns, the organization recognized the importance of having a strategic document to ensure the sustainability of the new public-art programmes. A survey was conducted among more than 700 partners along with various meetings and conferences between artists and local authorities. The document proposed 33 actions and 5 strategic instruments to instill a more open, equitable decision-making process as well as improved access to new and dynamic art.

Erion Veliaj, mayor of the city of Tirana, recognizes the importance of public art within a policy framework. "It is time to have a strong policy, independent from the mayor or the minister, eventually scaled up to the national level. The idea is for Tirana to develop a handbook on the management of public art that remain relevant for 5, 10 years to come."

Ekpharsis Studio hopes that this policy will enable access to art in public spaces. "The word Public Art used to be non existent in our vocabulary. Things started to change with our awareness-raising campaigns. Thanks to the newly-developed action plan, there is also better collaboration between civil society and the authorities", says Berberi. Advocacy activities also resulted in new artistic opportunities. Harp Parkon / Tirana Park (Ing) Days, taking place in September 2019 in the streets of Tirana. A comprehensive public-art map of Tirana, marking the locations of more than 100 art works ranging from paintings, installations to graffiti, was also developed. The map, covered with dots representing creative expressions, serves as a visual proof that art has taken over Tirana, giving rise to a more creative Albanian capital.