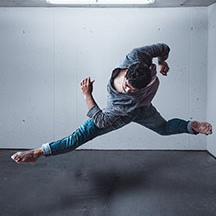 The Cuban Institute of Music (Instituto Cubano de la Música) promotes various musicians whose performance on social networks and on the radioto raise the morale and hope of those who are in quarantine or who work in hospitals. This initiative is the result of a collaboration between the Institute, the Ministry of Culture and the Cuban Institute of Radio and Television under the slogan #EstamosContigo (we are together) and #MusicosPorCuba (music for Cuba). The Ministry of Culture (MINCULT), together with the Cuban Radio and Television Institute, will be responsible for capturing the musical performances at home or in the country's cultural centers and for broadcasting them on various platforms such as Facebook and the Cuban Ministry of Culture's YouTube channel, as well as on Canal Clave and Radio Progreso.