For two millennia, York has been a meeting point for ideas and creativity. Founded as a Roman fortress in 71 AD, York's world-class heritage continues to be its cultural centrepiece, attracting over seven million visitors per year. Media arts are the engine of York’s continued development.

Over the past decade, York has championed investment in its cultural institutions, initiating several iconic activities such as the Illuminating York Festival and the revival of York Mystery Plays. Through these initiatives, the city of York has emphasized the value of culture in the city's hospitality, education and marketing sectors.

In York, creative activity and economic prosperity reflect the city’s dedication to promoting social equality and fostering the flourishing of human talent. Indeed, York is dedicated to ensuring that everyone benefits from the UNESCO Creative City of Media Arts designation, whoever, or wherever they are.

As a UNESCO City of Media Arts, the city of York is mobilizing creativity to strengthen the local economy, increase levels of public participation in culture, renew investment in the city’s human capital and academic institutions and contribute to the quality of life.

As a Creative City of Media Arts, York envisages: 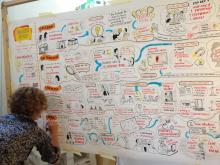 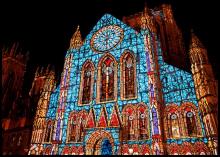 Media Arts Festival-Illuminating York
About: As a City of Media Arts, York is a meeting point for ideas and...
When:
Wednesday, October 28, 2015 to Saturday, October 31, 2015
Know more