Tsuruoka’s history leads back to the Japanese Edo period over 400 years ago. Since then, remarkable gastronomical and agricultural traditions have developed in the region. The landscape surrounding the city offers a varied geographical landscape including sea, plains and mountains. This geographic diversity has resulted in an exceptional diversity of food being cultivated in the area surrounding Tsuruoka and includes foods such as mountain vegetables and mushrooms, rice, bamboo shoots, edamame (green soybeans) and seafood. Also unique to the city’s identity are spiritual traditions such as “Shugendo” on the Three Mountains of Dewa and the “Kurokawa Noh” play.

Food-related industries in Tsuruoka, such as agriculture and the food and drink services are promising sectors for the future of the city. Tsuruoka is also home to number of talents stemming from the city’s gastronomical tradition and includes well-known agriculturists and renowned chefs. Indeed, farmers, cooks and chefs are true creators and artists in Tsuruoka. Universities and research facilities also explore topics related to gastronomy, resulting, for instance, in studying and valuing indigenous crops as “living cultural assets”.

Under the leadership of the Tsuruoka Creative City of Gastronomy Promotion Council, founded as a collaboration of citizens, industry, academia and government, Tsuruoka is currently encouraging the transmission of traditional cuisine and is promoting the production and use of indigenous crops.

As a Creative City of Gastronomy, Tsuruoka envisages: 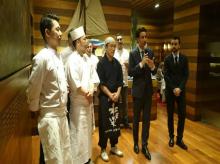 Tsuruoka Meets Bilbao: a Culinary Round-Trip between Two Creative Cities
About: Over the course of eight days, Chefs from Tsuruoka, Japan (...
When:
Sunday, February 12, 2017 to Monday, February 20, 2017
Know more 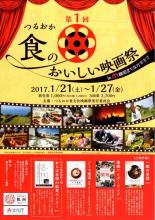