Sanandaj, with a population of around 500,000 inhabitants, is the second largest Kurdish city in Iran, and was proudly home to some of the most famous Kurdish musicians in Iran: Kamkar, Baba-Shahabi, Yousef Zamani and Farajpoori to name but a few. At the heart of the city’s musical heritage is the musical instrument the ‘Daf’, which has been nationally registered, and has expanded in modern music through innovative techniques, while preserving its traditional soul. Dedicated to the preservation of Kurdish music, there are currently 25 active music Institutions, 30 active music groups and 12 musical instrument manufacturers in Sanandaj.

For Sanandaj, the celebration of its musical heritage is showcased in several major music festivals, including the Fajr Music Festival which unites musicians with a passion for Persian traditional and modern music, whilst the International Daf Festival draws on Daf players from all over the world to honour this unique percussion instrument.

The local government of Sanandaj has created a series of policies aimed at promoting and developing the city’s musical heritage and industry, including the promotion of several stands for musicians at exhibitions. However, it is particularly focused on ensuring financial support in the form of low-interest loans for the business development of skilled and licensed musical instrument manufacturers and young musicians, by forging agreements with banks to boost investment in the music industry. The city’s policy on cultural and artistic organizations has further supported on national and international registration of the Kurdish musical elements, many of which have already been published on the Iranian National Heritage List.

As a Creative City of Music, Sanandaj envisages:

Sanandaj’s musical festivities for Nowruz
About: On the occasion of Nowruz, Sanandaj (Iran), a UNESCO Creative...
When:
Sunday, March 20, 2022
Know more 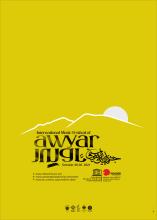