Considered as a hub for crafts and folk art, Isfahan is the third biggest city in Iran, with 1.5 million inhabitants. Its creative sector comprises the country’s most specialized craftpeople in 167 different disciplines, including carpet weaving, metalwork, woodwork, ceramics, painting and inlay works of various kinds. According to Isfahan Territorial Planning, at least 9,000 craft and folk art workshops and enterprises contribute to the Isfahan economy, the majority of which are located in the historical Naqsh-e Jahan Square, inscribed as a UNESCO World Heritage Site in 1979 and dedicated to the sector.

While the Naqsh-e Jahan Square remains the major centre for showcasing high-grade works through permanent exhibitions, other events give both a local and international focus to the city’s dynamism in the field of crafts and folk art, such as the International Cultural Heritage Festival, which attracts the annual participation of 26 countries worldwide. The highlight of this event is the workshop dedicated to female artisans, emphasizing Isfahan’s commitment to valuing female artworks to perpetuate traditional know-how.

As Isfahan primarily considers crafts and folk art as key levers to foster social reintegration and cohesion, employment growth, and the preservation of vanishing traditions and knowledge, the Municipality’s programmes reflect these objectives by working in close collaboration with creators. A wide range of training workshops and financial support mechanisms have been developed, notably in the framework of the Handicrafts Cooperative Societies, gathering both public and private entrepreneurs to formulate innovative projects and policies to enhance the status of creators and the contribution of crafts and folk art for sustainable urban development. 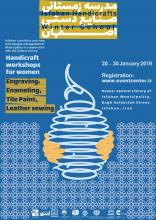 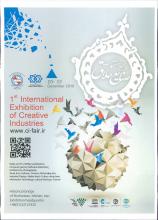 Isfahan to Hold a First International Exhibition on Creative Industries
About: From 20 to 22 December, the Iranian UNESCO Creative City of...
When:
Thursday, December 20, 2018 to Saturday, December 22, 2018
Know more