A week into the heart of Havana

A week into the heart of Havana

From 7 to 11 June 2022, Enghien-les-Bains (France), a UNESCO Creative City of Media Arts organizes its “Cuban Week”, with the participation of Havana and Santiago de Cuba (the Republic of Cuba), both Creative Cities of Music.

During a week, the general public will be invited to Enghien-les-Bains’s Centre des arts for an immersive journey into the heart of Havana, a city shaped by five centuries of historical and cultural exchange. The rich and varied programme featuring screenings, exhibitions, conferences, concerts, shows, and dance master classes, will celebrate the close cooperation established between the city of Enghien-les-Bains and Cuba over the past 20 years.

The event, which is being held as part of the 9th edition of the Latin America and Caribbean Week, will allow these three Creative Cities to celebrate Cuban history and identity, built upon the cultural exchange of peoples since the 16th century. The festival will culminate with a concert by a rising star of Cuban salsa on the iconic stage of the lake of Enghien-les-Bains.

Through its multidisciplinary and cross-sectoral approach, combining music, dance and media arts, the "Cuban Week" fosters international cooperation, the sharing of experiences and know-how with the public, thus illustrating the objectives and missions of the UCCN.

For more information on the festival program, please visit the following link: 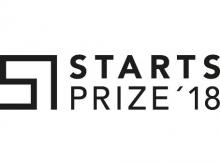 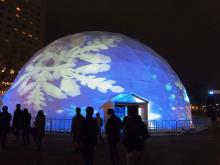 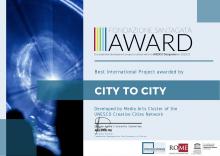 'City to City’ initiative awarded as ‘Best International Project’ by Fondazione Santagata
About: In November 2021, 13 Creative Cities of Media Arts including...
When:
12 Nov 2021
Know more