UNESCO Creative Cities of Music: Llíria (Spain), Ambon (Indonesia), Praia (Cabo Verde), Mannheim (Germany), and Bologna (Italy) have revamped ways to celebrate the International Jazz Day amidst the outbreak of COVID-19. Through different virtual and creative means, this year’s celebration also aims to send a message of hope and recovery, and allow communities to reconnect to each other through music in times of isolation.

Llíria upholds music as a source of inspiration and means to overcome such trying times. On 30 April, the city will turn its traditional annual jazz street festival ‘El Desenjazz’ into a virtual festival to pay ‘Homage through jazz to the workers’ such as health workers, workers of the food sector and security forces, among others, who are at the front line and taking care of the world during the COVID-19 crisis. The initiative aims to bring prominent musicians, in particular jazz musicians, from different cities and continents together to compose a unique piece based on the classic ‘Work Song’. The piece will be jointly premiered on April 30, through the social networking sites (click here to see the video). Many UNESCO Creative cities of Music from Spain and abroad are participating in the initiative.

Ambon, has a deep-rooted music culture, and considers music not only a source of entertainment, but a way of life. To celebrate the International Jazz Day, and pay respect to Glenn Fredy, a well-known and inspiring Ambon jazz musician who recently passed away, the city has launched the initiative #UnescoJazzDayChallenge. The challenge invites musicians and the music community to upload videos on social media related to one of the songs written by Glenn Fredy. Participants are encouraged to be as creative as possible and perform in various formats such as acapella or instrumental amongst others.

The city of Praia has launched an online initiative ‘Cabo Verde toca Jazz’ (Cabo Verde Plays Jazz), in partnership with the producers of the Kriol Jazz Festival, held annually in the city. This year, the city has invited local musicians to reinterpret and record creole music and Cape Verdean sounds from home. The creative contributions are being compiled in a video that will be released on April 30 through social media channels to celebrate Jazz Day.

The city of Mannheim, in cooperation with Mannheim jazz club Ella & Louis, will organize an online jazz concert with the moto ‘Solidarity now – together with culture’ on this occasion. This celebration aims also to promote solidarity for freelance artists and musicians and offer them a platform to express their creative talent in the face of the COVID-19 pandemic. The concert will also act as a fundraising event to support the participating musicians.

Bologna will celebrate the International Jazz Day by organizing a regional scale Jazz concert that will virtually bring together various operators from the field of jazz music. Two solo accordion performances will also be added to the concert. The event will be organized in collaboration with the Jazz Network of Ravenna, Jazz Club Ferrara, Amici del Jazz di Modena, Cantina Bentivoglio of Bologna. 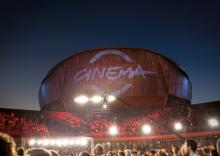 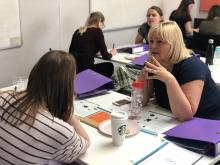 Call for Entries: Bradford Small World Film Festival on the theme of “My City”
About: Open to all members of the UNESCO Creative Cities Network, the...
When:
22 Dec 2016 to 31 Mar 2017
Know more