When:
Tue, 12/07/2010 to Thu, 12/09/2010
The International Conference 2010 on “New technology, new media and creative city synergy” was hosted by the City of Shenzhen on 7-9 December 2010. Attended by UNESCO officials, creative city members, new media experts, economists and creative industry people, the conference programme was highlighted by keynote speeches, panel discussions with the UNESCO creative cities, workshops and public discussions. The Conference tackled the emerging issues that are faced by cities nowadays in the wake of new technologies and media and aimed at opening opportunities for strengthening international cooperation in favour of the creative economy. The 3-day Conference resulted in producing a communiqué as its final outcome, communicating a common statement of the Network in relation to the theme of the conference.
Related Links:
Conference website
Documents:

Montreal and Östersund: on the theme of nordicity and the transversal approaches of creativity
About: Held by the Kopula Collective on 12 March in Montreal, the...
When:
12 Mar 2016
Know more 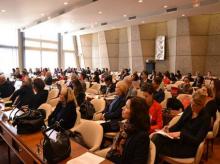 Creative Design for Sustainable Development - Paris 2014
About: Organized by UNESCO in collaboration with the City of Shenzhen...
When:
03 Mar 2014 to 04 Mar 2014
Know more 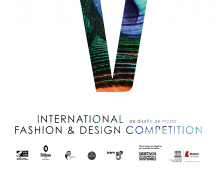