When:
Sun, 01/25/2015 to Fri, 08/28/2015
To celebrate its designation anniversary as a City of Literature of the UNESCO Creative Cities Network, Dunedin (New Zealand) has launched a series of literature and cultural activities, including the celebration of poet Robert Burns’ Birthday, the New Zealand Young Writers Festival and the National Poetry Day.
• The celebrations of Robert Burns’ Birthday (25 January 2015) included a performance by the finalists of the Robert Burns Poetry and Robbie Rocks competitions, along with a memorable Burns Supper.
• The New Zealand Young Writers Festival (4-7 June 2015) brought together scribes of all stripes gathered in Dunedin. Held in the heart of Dunedin, produced by the Dunedin Fringe Arts Trust and presented by Phantom Billstickers, the festival included workshops, performances, panel discussions and bookish social festivities. Supported by the New Zealand National Commission for UNESCO, the event highlighted the efficient cooperation with different actors of the Network at the local level.
• The highly popular and eclectic National Poetry Day will be staged for its 18th year on 28 August 2015. A varied programme of events around New Zealand will celebrate poetry in its many forms and engage with writers and readers at all levels. Acclaimed New Zealand poets, as well as three local rising talents, will share their curious minds and their love of poetry at the event. 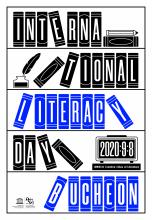 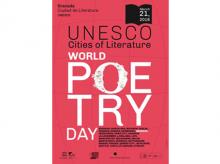 The city of Granada and other 14 Creative Cities of Literature announce to collaborate for the World Poetry day 2018
About: The World Poetry Day that will be held on March 21st , is an...
When:
21 Mar 2018
Know more