Sapporo sparkles with its “White Illumination”

Sapporo sparkles with its “White Illumination”

From 18 November to 25 December, citizens and onlookers are invited to (re)discover the “Sapporo White Illumination”, which sheds light on the site of Odori of the Creative City of Media Arts. The “White Illumination” project started in 1981 and was the first illumination event in Japan. Its concept of expressing the beauty of snowy landscapes with light had a big impact on other Japanese cities, and ever since, illumination events spread all over Japan.

Since 2015, the site of Odori site is being renewed and has incorporated new media arts objects. It is now occupying 8 blocks – only 3 blocks in 2014. In addition, the event has developed Eco Friendly Initiatives by using LED lights and biodiesel fuel on site.

Several attractions have been organized in the framework of this 35th edition of the “Sapporo White Illumination” such as a maze of light and new media artworks planted in the heart of the park’s tall trees; a splendid light show and videos of short stories; colorful balls of various sizes that look like the lights of the insides of Christmas ornaments, and much more. The contrast between snow and different colored lighting provides an new dimension to this visually captivating event. An spectacular visual presentation can also be experienced in the new large dome of the city’s theater featuring enchanting light patterns. 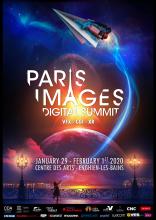 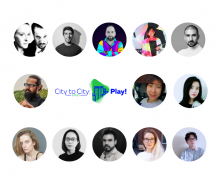 Name of the event: “City to City: PLAY!”: UNESCO Creative Cities of Media Arts join forces to foster international collaboration
About: After the successful pilot project City to City: Human...
When:
03 Aug 2021 to 29 Nov 2021
Know more 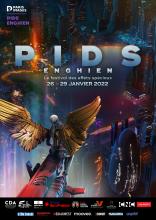