Reception to Mark 10 Years of Edinburgh

Reception to Mark 10 Years of Edinburgh

When:
Mon, 05/18/2015
Edinburgh recently celebrated 10 years as the world’s first UNESCO City of Literature. The Lord Provost of Edinburgh, the Rt Hon Donald Wilson, hosted a reception at the City Chambers, welcoming over 150 guests from all corners of the literary community, including global bestselling Edinburgh writers Alexander McCall Smith and Ian Rankin and the Edinburgh Makar (Poet Laureate) Christine De Luca.
To mark the anniversary of the designation a series of projects were unveiled including literary gardens, Edinburgh’s iconic floral clock being dedicated to the City of Literature, one of the mystery paper sculptures going on display in the City Chambers, a dedicated website for the Makar and the planning of a literary hub with partners across the city to give a year-round visible presence. This last project will be led by Edinburgh UNESCO City of Literature Trust. Commenting on 10 years of Edinburgh being a City of Literature, Alexander McCall Smith called it, ‘A remarkable thing … something like an Enlightenment. What an achievement!’ More information on Edinburgh as a UNESCO City of Literature can be found at www.cityofliterature.co . 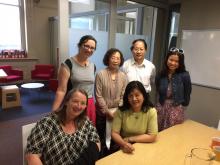 Launch of the Directory Chinese-Australian Writers to improve networking
About: Writers Victoria is pleased to launch a new directory of...
When:
14 Mar 2016
Know more 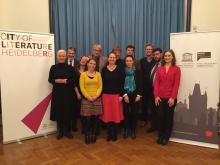