On 2 April, on the occasion of World Autism Awareness Day, Parma, a UNESCO Creative City of Gastronomy, lighted up its monuments in blue, together with cities in Italy and around the world, for raising awareness on a neurodevelopmental disorder that affects one child out of 68.

In this context, Parma has deployed a series of initiatives aimed to encourage a better understanding of the disorder and counter all forms of discrimination. “At the bar, I choose” is a project designed to foster inclusion of people who have difficulties to communicate. It consists in a “talking” placemat which will help people with Autism Spectrum Disorders to independently choose what they wish to consume, simplifying the ordering process. The placemat, delivered by some merchants of the city, presents a series of pictures and was created for anyone that may have communication difficulties. A remarkable initiative promoting social inclusion.

LAB.2030 | Youth 4 Food: Encouraging a New Generation of Culinary Experts
About: Throughout the world, the food industry is a dynamic sector,...
When:
12 Jun 2018
Know more 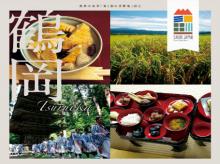 Tsuruoka fosters cooperation between Creative Cities of Gastronomy after receiving the “Savor Japan” Certification
About: Japan, 1 November – Among the 44 applicants from around...
When:
01 Nov 2016
Know more

Macao launches its Macanese Cuisine Database
About: Amidst the COVID-19 crisis, Macao SAR (China), a UNESCO...
When:
24 Nov 2020
Know more

Belo Horizonte organizes Hackathon PBH “Solutions for the creative economy”
About: Belo Horizonte (Brazil), a UNESCO Creative City of Gastronomy...
When:
17 May 2021 to 24 May 2021
Know more