Nassau, the first and only UNESCO Creative City in the Bahamas, redoubles its efforts toward integrating culture and creativity within its plans of urban regeneration. Resulting from a collaboration between the Inter-American Development Bank and Creative Nassau, forming together the Nassau Urban Lab, the “Central Nassau Urban Regeneration Plan” aims at utilizing Central Nassau’s natural and cultural assets to rejuvenate this area and create an economically successful, sustainable, diverse and interconnected community. Nassau is currently facing a key moment in its growth trajectory as a city, with challenges in the areas of housing, unemployment and crime. Despite the rapid urban growth of the city, Nassau’s Downtown today remains empty and disconnected from the rest of the city. The “Central Nassau Urban Regeneration Plan” thus offers a comprehensible response to this situation.

The Nassau Urban Lab has adopted a participatory methodology allowing the assessment of the creative strengths and assets of Nassau, which will be key to its sustainable development trajectory. The Lab emphasizes that urban transformation should not only be in the hands of technocrats, but also with creative stakeholders who will frequent these spaces and contribute through their work to the new image of the city. According to the Lab, the creative sector has the potential to contribute to a more complex process of urban (re)development by adding these new creative dimensions into urban planning and city development. With the Lab it will be possible to revitalize the urban fabric of downtown and recreate the historic linkages with adjacent neighborhoods, through cultural infrastructure. The Lab itself is a catalyst for transforming Nassau’s creative and cultural industries into drivers of urban development.

Gabrovo XVI International Fair of Traditional Crafts
About: Crafts and Folk Art in the City of Gabrovo, Bulgaria, has...
When:
06 Sep 2018 to 09 Sep 2018
Know more 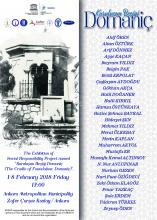 Kütahya Launches “The Cradle of Foundation: Domaniç Exhibition” in Ankara, Turkey
About: From 1 to 8 February, Kütahya, UNESCO Creative City of Crafts...
When:
01 Feb 2019 to 08 Feb 2019
Know more 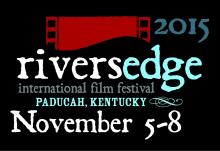 Barcelos supports its creators through “We Create Hope” campaign
About: Barcelos (Portugal) is a UNESCO Creative City of Crafts and...
When:
19 Mar 2021
Know more