Montréal - guest of honour at Design Month in Graz

Montréal - guest of honour at Design Month in Graz

When:
Thu, 04/30/2015 to Sun, 05/31/2015
Montréal will be the guest of honour at Design Month in Graz, which takes place from April 30 to May 31 in the Austrian city. Like Montréal, Graz holds the title UNESCO City of Design.
The springtime event, which was attended by more than 75,000 people in 2013, showcases the talent of the best creators in Graz and elsewhere in the world through some 50 activities touching on every design discipline. Since its designation as a UNESCO City of Design in 2011, Graz has invited one of the network’s creative cities to join the celebration each year. Following Buenos Aires in 2012, Nagoya in 2013 and Saint-Étienne in 2014, it is now Montréal’s turn to go meet Graz.
“With this partnership, we hope to build new bridges between our two cities and give festival-goers the chance to see the richness and diversity of Montréal design,” said Eberhard Schrempf, Director of Creative Industries Styria, the promoting organization responsible for developing creative industries in the Styria region, of which Graz is the capital.
Manon Gauthier, member of the Ville de Montréal Executive Committee responsible for Culture, Heritage, Design, Space for Life and the Status of Women, said: “We are thrilled to join the Design Month celebrations and to provide our designers with this exceptional showcase and with an opportunity to develop new markets for their products.”
The presence of the city and its designers at the 7th Design Month in Graz was orchestrated by the Ville de Montréal's Bureau du design.
Read the Press release 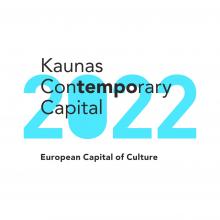 Kaunas 2022 Looks for a Logo Makeover
About: Kaunas, UNESCO Creative City of Design, offers a unique...
When:
10 Aug 2017
Know more

Montreal and Östersund: on the theme of nordicity and the transversal approaches of creativity
About: Held by the Kopula Collective on 12 March in Montreal, the...
When:
12 Mar 2016
Know more