Amidst the COVID-19 pandemic, Medellín (Colombia), a UNESCO Creative City of Music since 2015, has mobilized its rich artistic potential by launching the “Ruta Medellín Me Cuida” initiative (Route Medellín cares for me).

With the objective of bringing culture and arts to local citizens despite confinement measures and the subsequent cancellation of major musical events, the “Ruta Medellín Me Cuida” initiative brought together more than 20 music groups that performed live concerts in different parts of the city. Over the period of two months the music bands traversed over 150 kilometers visiting and performing in more than 80 different neighborhoods, while respecting sanitary measures.

Building on the transformative power of culture and creativity, the city of Medellín, in close cooperation with several agencies of the Mayor’s Office, has continued to provide support to local cultural sectors, notably musicians, while offering relief and comfort to the inhabitants experiencing isolation.

The initiative has been warmly welcomed at local and national levels. It has further been recognized and awarded the Music Cities Award 2020 by Music Cities Events, in the category “Best initiative of a city to directly support musicians”.

The international recognition further solidifies and reaffirms Medellín as a creative and artistic city that continues to advocate for the integration of arts and culture in the local government development strategies and plans even in the current trying times.

Related Links:
Agency for Cooperation and Investment of Medellín 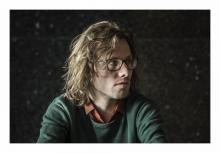 Multi-instrumentalist Fulco Ottervanger is the new city composer of Ghent
About: Deputy Mayor for Culture Annelies Storms had a very specific...
When:
08 Dec 2016
Know more 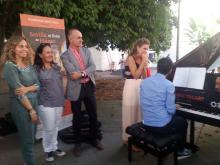 Seville filled with pianos
About: The City Council of the UNESCO Creative City of Music of...
When:
01 Oct 2015
Know more