Literary Fabula Festival in Ljubljana explores the voices of “The Newcomers”

Literary Fabula Festival in Ljubljana explores the voices of “The Newcomers”

From 27 February to 7 March 2016, the thirteenth edition of the Fabula Festival is held in Ljubljana City of Literature. This year’s edition, untitled “The Newcomers”, trains the spotlight on the current issue of refugees through a variety of stories, fictional as well as borrowed from reality. Main guest are the writers Matthias Göritz, Cees Nooteboom, Juan Gabriel Vásquez, Sjón and Samira Kentrić.

On February 29, a discussion untitled “Barbarians at the Gates” has been led by many thinkers to bring the topic forward, namely Igor Štiks, Dutch essayist Peter Vermeersch – who had written his essay Night Passangers especially for Fabula Festival – Jean-Claude Milner – one of the most prominent representatives of Structuralism – but also Alenka Zupančič, Srečko Horvat and Teofil Pančić.

Angoulême invites to rethink "the City of the future" through an international comic competition
About: As part of the 2020 Year of the Comic Strip, declared by the...
When:
05 Feb 2021
Know more 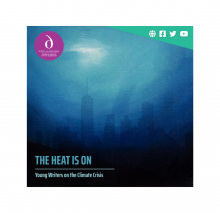 The Heat is On: Young Writers on the Climate Change Crisis
About: On the occasion of this year’s World Environment Day,...
When:
05 Jun 2022
Know more