To celebrate the historical bonds between Cuban and Congolese traditional rhythms, Havana (Cuba), a Creative City of Music since 2019, invited musician Ray Lema to lead, on 21 January 2022, a master class on Congolese Rumba for the students of the Guillermo Tomás Music Conservatory of Guabanacoa. The conference was co-organized by several Cuban institutions, as part of the 37th edition of the city’s Jazz Plaza Festival.

During this emotional and musical exchange, Lema discussed with the audience about African musical heritage, a living source of inspiration for many artists. During the event, the French-Congolese musician also shared the stage with young students from the Conservatory and played various musical instruments to celebrate cultural dialogue through music. The event also highlighted the inspiration drawn from Cuban music such as son, rumba or mamba, in the configuration of Congolese rumba, a musical genre inscribed in 2021 on UNESCO’s Representative List of the Intangible Cultural Heritage of Humanity.

Through this initiative, the Creative City of Havana fostered the sharing of cultural knowledge between both countries, by celebrating their bonds in terms of shared cultural heritage and expression, as highlighted by Dulce Buergo Rodriguez, President of the Cuban National Commission for UNESCO. With this event, the city commemorated the World Day for African and Afrodescendant Culture – 24 January, adopted by UNESCO in 2019, as well as reaffirmed its commitment to the protection and promotion of cultural expressions. 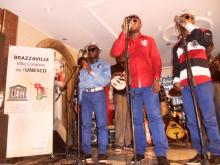 Launch of the first album of the blind musician band “Les Trois leaders” in Brazzaville.
About: On the occasion of the 4th edition of the International Jazz...
When:
30 Apr 2015
Know more 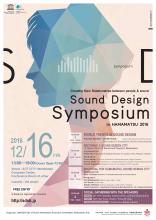 Llíria renders homage to the victims of the 2011 earthquake in Japan through music
About: A UNESCO Creative City of Music since 2019, Llíria (Spain) has...
When:
11 Mar 2021
Know more