Getting the “Railroad Town” back on track: Durán’s creative initiatives for urban regeneration

Getting the “Railroad Town” back on track: Durán’s creative initiatives for urban regeneration

The Ecuadorian City of Crafts & Folk Art takes a multi-disciplinary approach, engaging citizens and creators in a dialogue on development and culture, while rewriting the rules of its urban landscape.

Durán, like many of its neighbouring cities, has seen the core of its local industry shift significantly since it was the node of Ecuador’s railroad. A city of 500,000 inhabitants at the meeting point of the coast and highlands, it is embracing creative industries as central to its urban renewal strategy. Key to Durán’s urban renewal plan is defining public space for cultural expression and civic engagement, as well as improving housing conditions for those living in informal settlements that dot the urban periphery.

Central to Durán’s urban renewal process is the legalization of the irregular settlements in which 230,000 residents – nearly half the city’s population – are estimated to live. The local government began this process in 2014, as well as a broader urban regeneration focusing on the urban centre and its nearby cultural assets, such as its three piers and nearby nature reserves. Both domestic and international markets are targets for increasing the city’s tourist allure and cementing the city’s cultural value.

Developed in partnership with local artists, “History on Frontages” portrays the legacy of the railroad through murals in high relief on the facades of houses following the city’s main train track. A collaboration between the City, artists and 25 families, the project aims to transform the city and reinforce its identity, and to promote traditions, collective memory and shared values. It also aims to promote a sense of belonging amongst Durán’s residents.

The “Itinerant Festivals” programme – also called “Culture Nights” – appropriates public spaces across the city to increase participation in cultural events and to give exposure to local artists from a range of disciplines. Through crafts and folk art, dance, song, and gastronomy, the events seek to diffuse Durán’s cultural assets and facilitate the comprehensive development of popular arts among citizens. The events are developed in different parts of the city in order to reach most of the population, especially those living in vulnerable neighbourhoods.

These local initiatives contribute both to the UCCN and its Mission, but also to the broader global agendas encapsulated in the 2030 UN Agenda for Sustainable Development, and the New Urban Agenda adopted at the Habitat III Conference. Making cities participatory, instilling a sense of ownership in all residents, and prioritizing quality public spaces, are integral to Durán’s initiatives, as is dedicated space supporting cultural expression, and dialogue among diverse peoples and cultures. 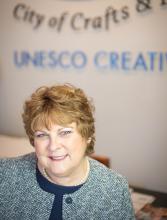 Paducah CVB Executive Director joins the U.S. National Commission for UNESCO
About: Since its designation in 2013, Paducah, a UNESCO Creative City...
When:
20 Dec 2016
Know more 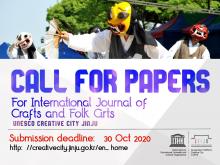 Carrara Creative City Award, an International Workshop for Young Sculptors
About: A group of five young sculptors, students of academies of fine...
When:
28 Jul 2018
Know more