Crafts and Folk Art in the City of Gabrovo, Bulgaria, has always been a key enabler for its cultural development. As an historical heritage of the city, this creative field boosts lifestyle and social innovation.

In September 2018, the Creative City of Gabrovo will organize its XVI International Fair of Traditional Crafts. This annual gathering, held at the Ethnographic Open-Air Museum Etar, is the biggest fair dedicated to crafts and folk art in Bulgaria. It aims to inform and raise awareness on the protection of traditional crafts as well as, more broadly, to promote culture and creativity as a vector for development.

The fair hosts both local and foreign craftsmen and offers a platform for dialogue between different cultures through several creative fields, such as decoration, icon-painting, dyeing, music and dance. Artists from all around the world will have the opportunity to display their artworks, to exchange know-how and develop new artistic partnerships at the international level.

The program of this XVI Fair will include a wide range of exhibitions and markets as well as activities such as the “Masters Race”, which notably aims to foster the emergence new creative generations.

The fair is an excellent example of cooperation between national and local authorities, between the Ministry of Culture and the Municipality of Gabrovo, as well as other actors of the city, especially the Ethnographic Museum Etar, members of private sector, NGOs and the civil society.

The fair expects to welcome the 36 Creative Cities of Crafts and Folk Art and is open to all UCCN members to foster cross-sectoral cooperation within the Network and establish new inter-city partnerships.

For more information, write to museum@etar.bg. 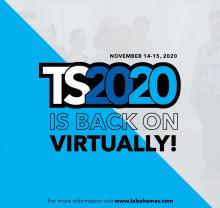 Gabrovo XVI International Fair of Traditional Crafts
About: Crafts and Folk Art in the City of Gabrovo, Bulgaria, has...
When:
06 Sep 2018 to 09 Sep 2018
Know more

Call for Papers | Scientific Symposium of the 2019 Porto-Novo International Festival
About: Until 10 December, Porto-Novo, Creative City of...
When:
10 Dec 2018
Know more