The Creative City of Music of Praia has an extremely rich cultural agenda for April 2018 and is delighted to share it with the Network.

Indeed, between the 16th and the 19th April, the city will present the Atlantic Music Expo, an event  organized since 2013  by the Ministry of Culture and Harmony and the Municipality of Praia. The AME is an initiative for the development of the professional music market, with average of 600 participants per year, coming from more than 30 countries.

An International Music Fair is held every year at the Atlantic Music Expo (AME) with an average of 70 national, international, municipal, producer, publisher and professional music representatives.

Moreover, about 10 conferences and workshops will be organized with national and international speakers promoting debates and exchanges on ideas on music. Different subjects such as creole culture, the role of creativity for sustainable development, intellectual property issues, the African music and its distribution worldwide, will be discussed.

Furthermore, from April 19th until the 2st, the Creative City of Praia will present the 10th edition of the unique Kriol Jazz Festival, with the objective to promote music inspired by the Creole culture and pay tribute to this fascinating culture. The event will host musicians from Cape Verde, the Caribbean, as well as from other African countries and islands of the Indian Ocean.

The  festival is considered by the British magazine SongLines as one of the 25 best world’s music festivals. It incorporates world-famous names of Jazz and included in its last editions artists from Europe and America. This international aspect of the festival has made Praia one of the main destination for African and Creole music development in Cape Verde, but not only! 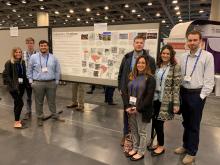