From 3 to 6 April, Bologna, a Creative City of Music, will be hosting Dunedin, a Creative City of Literature, at the 2017 Bologna Children’s Book Fair. At the end of last year, Bologna called all members of the UCCN to reflect on the Fair’s main thematic on promoting a city’s publishing houses, illustrators, new technologies, animated films and young people fiction.

As a result, Dunedin has been selected to display the wealth of its literature at the event in the publishing year’s calendar built around children’s content today. In Dunedin, New Zealand, resides a vibrant literary environment that celebrates indigenous Maori culture, alongside the influence primarily of Scottish immigrants. The city is proud of the diversity of its writers of fiction and non-fiction, poets, oral storytellers, playwrights, screenwriters, and the prize-winning children’s authors and illustrators capture the imaginations of readers everywhere.

This project highlights the vibrant mosaic of children’s literature writers spread throughout Dunedin city. It will identify the depth of illustrative talent and partnerships between writers and illustrators; the range of creative material for young people being produced in the city; education partnerships, significantly the ties with the internationally ranked University of Otago. 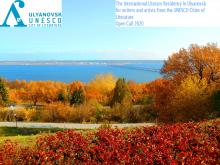 Ulyanovsk announces the two winners of its International Literary Residency Programme
About: Ulyanovsk, UNESCO Creative City of Literature, launched its...
When:
01 Sep 2020 to 30 Sep 2020
Know more 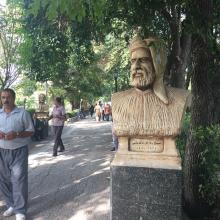 Slemani and Exeter launch a series of virtual talks on “Arts, Culture, and Archive”
About: Slemani (Iraq) and Exeter (United Kingdom of Great Britain and...
When:
03 Feb 2021 to 31 Mar 2021
Know more