Llíria, a UNESCO Creative City of Music in Spain will organize, on Saturday 6 June, a live-streamed artistic spectacle ‘The Arts Awaken’, that will combine various elements of music, cinema, dance, theatre, design and heritage. Organized in cooperation with the social media campaign weRculture, the multi-artistic event aims to promote further the importance of culture and creativity in times of the ongoing crisis.

The event constitutes a diverse set of performances including projections of Valencian cinematographic images from the early 20th century accompanied with music of the renowned guitarist Rafael Serrallet. An exclusive dance performance choreographed by Toni Aparisi, winner of a Max Award for Performing Arts is also foreseen for the evening.

Rosana Pastor, the Valencian actress and winner of the Goya Award, will be the presenter for the event while also delivering some interpretations of texts by the playwriter Núria Vizcarro. To promote further local designers and creative industries, all participant will wear costumes made by the local designer Francis Montesinos.

The event will be held outside the church of La Sang, National Monument, for a limited number of attendees, in line with the restrictions issued by the authorities for the COVID-19. However, this unique performance will also be live-streamed from 10pm (GMT +2) on June 6th through the city’s Youtube channel and other social media platforms.

As Creative City by UNESCO, City of Llíria is committed to strengthen the cooperation amongst cities and reinforce the links between the people and the communities by using the power of culture and creativity. Bogota (Colombia) and Leira (Portugal), UNESCO Creative Cities of Music, will also support this event through promoting and streaming the event 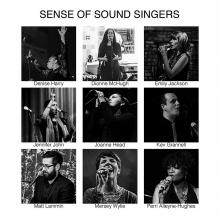 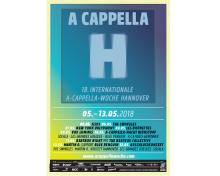 The Hannover A-Capella-Week Festival 2018 edition will include the participation of Bologna Creative City of Music as special guest
About: The A-Cappella-Week of Hannover is a well-known event which...
When:
05 May 2018 to 13 May 2018
Know more

Kansas City invites Creative Cities to the “Voyage of The Drum” project
About: Kansas City (United States of America), a UNESCO Creative City...
When:
20 Jun 2021 to 23 Jun 2021
Know more